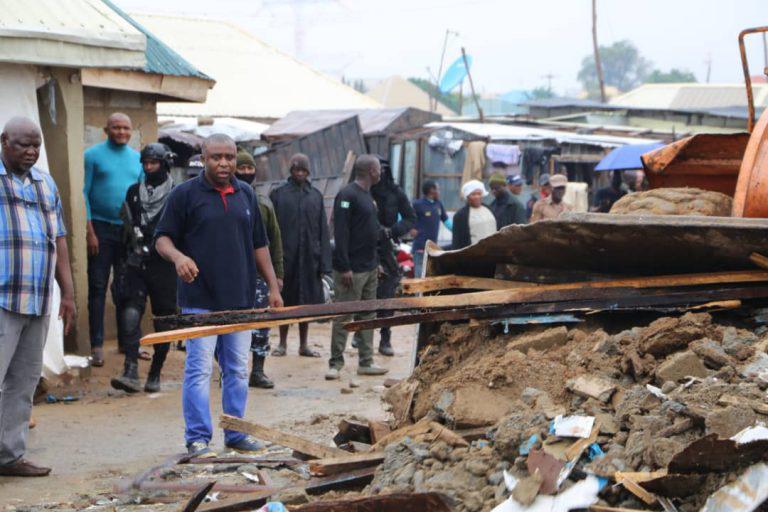 The Federal Capital Terriory Administration (FCTA) has confirmed the demolition of over 400 illegal structures that constitutes security threat along the Nnamdi Azikiwe International Airport Road.

Attah said the operation was necessitated by the desire of the administration to enhance security of lives and properties in Abuja.

The News Agency of Nigeria (NAN) reports that the demolition, which affected Lugbe-Across, Lugbe-Berger, Car wash and Lugbe Zone 5, lasted for eight hours with heavy security personnel to avoid breakdown of law and order.

Attah explained that the FCT Administration had received disturbing reports that some illegal makeshift structures were being erected along the Airport Road despite several demolitions.

“Last week we were here and after clearing this place people have rebuilt some structures. And we cleared many structures again today.

“This time around we have taken more drastic measures. We also appeal to some of them who are building back after seven days of clearing to stop.

”They said they had approached the Federal Capital Development Authority (FCDA) for it,” he said.