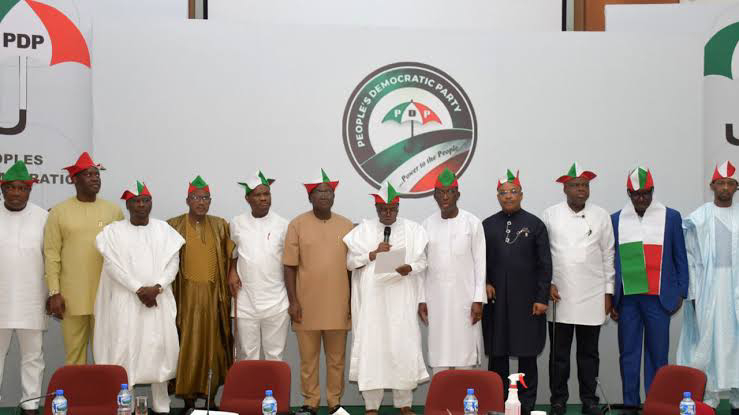 The PDP Governors’ Forum has urged the National Assembly to entrench electronic transmission of result of elections into the nation’s electoral law.


The call was contained in a 10-point communique issued at the end of the Governors’ Forum meeting, on Monday in Bauchi.

The communique read by the Chairman of the Forum, Gov. Aminu Tambuwal of Sokoto State, said the call was part of resolutions adopted at the meeting.

“On the Electoral Act Amendment Bill, the Governors identified with the need for a free, fair and credible elections in the country and called on the National Assembly to entrench Electronic transmission of results of elections in the nation’s electoral jurisprudence,” the governors said.

The governors urged the Independent National Electoral Commission (INEC), to deploy appropriate necessary technologies to ensure that votes of the electorates count in future elections.

The Forum condemned attempt to foist on all political parties one method of conducting primary elections which was by direct method through the Electoral Act Amendmend Bill.

“The Governors noted that the method was prone to massive rigging and such other electoral malpractices as evidenced in the 2018 APC primary elections. Political parties should be allowed to decide their method of conduct of primaries as such would promote internal democracy.”

The governors also appealed to the Federal government to collaborate with the state governments to stem the raging unemployment affecting the youths through technology and increased production in all field of human endeavour.

The meeting was attended by Governors Okezie Ikpeazu of Abia; Udom Emmanuel of Akwa Ibom, Douye Diri of Bayelsa, Samuel Ortom of Benue and Ifenyi Okowa of Delta.