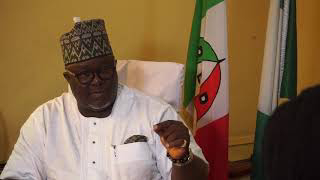 The Lagos State chapter of the PDP on Monday rejected results of Saturday’s council elections in the state.

PDP chairman, Deji Doherty, alleged in a statement that the polls were manipulated to favour of the ruling APC.

“I seize this opportunity to state categorically that any result published by Lagos State Independent Electoral Commission (LASIEC) is fake and unacceptable to PDP in Lagos State.

“We reject any result already released or that would be released and we hereby state that a decision will be taken as regards our next line of action, after the collation of our results and due consultation with our lawyers.

“As a party who are the pioneers of democracy in the country, we believe it is in the best interest of our youths and law-abiding citizens of the state to seek redress legally rather than lock horns with the ruling party in mobilising thugs to shed blood in protecting our votes.

“We believe our success at the council elections is not worth the blood of any youth in the state,’’ Doherty stated.

He added that the PDP had observed from the results received so far that the ruling party did not perform as expected and decided to go all out to rig the election.