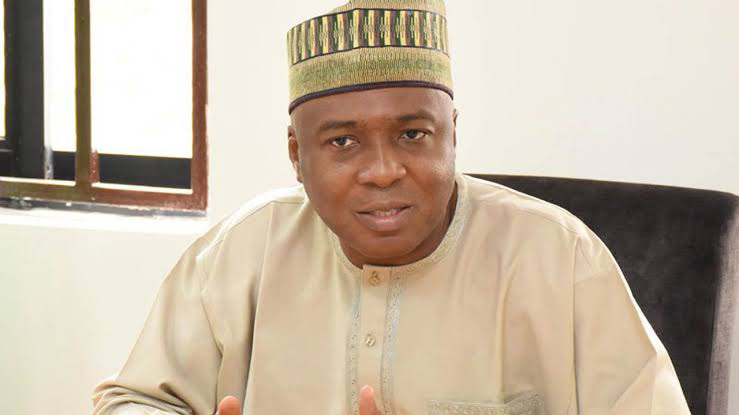 The Economic and Financial Crimes Commission is presently quizzing a former president of the Senate, Bukola Saraki, over alleged misappropriation of public funds and money laundering.

Punch newspaper reports that Saraki, who arrived at the EFCC office around 2pm today, is still being interrogated.

The paper could not however confirm if he would be Detained over night.

A senior official confirmed the development, stating that the former Kwara State governor is in custody.

This is happening three days after a former Nasarawa State Governor, Tanko Al-Makura and his wife, Mairo, were grilled by the EFCC over breach of public trust and misappropriation of billions of naira by his administration.