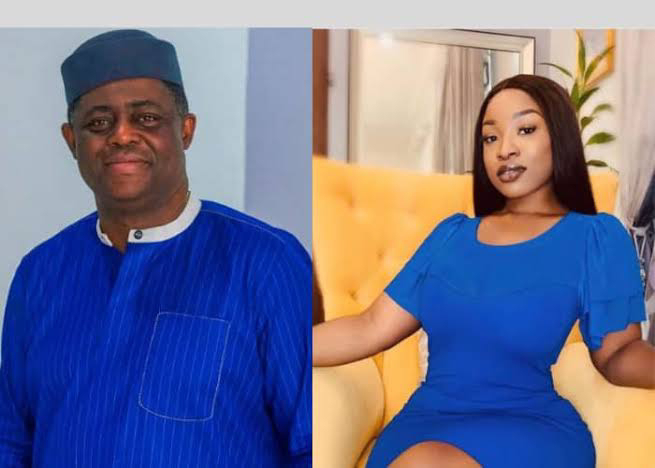 Former Aviation minister, Femi Fani-Kayode, has revealed his endorsement for one of Big Brother Naija Shine Ya Eye housemates, Jackie B, confirming that she’s the daughter of a former senator, Grace Bent.

He made this known via his verified Twitter page on Wednesday while referring to the ex-Senator as his dearest sister and friend.

He wrote, “I fully endorse Jackie B who is the daughter of my dearest sister and friend Senator Grace Bent! Please vote for her!”

Reactions trailed his support for the housemate, as Nigerians on social media replied to his tweet to express their thoughts.

While some expressed surprise at Fani Kayode’s interest in BBNaija, some claimed they won’t vote for the contestant due to her political affiliations.

Prior to the endorsement, there have been speculations from Nigerians on social media who claimed that Jackie B was the daughter of a former senator.

Fani-Kayode’s endorsement, however, confirmed the claims.

Jackie B’s mum, Grace Bent, was elected in April 2007 as a senator to represent Adamawa South Senatorial Districtc of Adamawa State in the Nigerian Senate.

Bent was elected under the People’s Democratic Party platform as a senator at the same time Fani-Kayode served as the Aviation Minister of Nigeria.

However, after spending over two decades with the PDP, Bent defected to the All Progressives Congress, carrying along thousands of supporters.