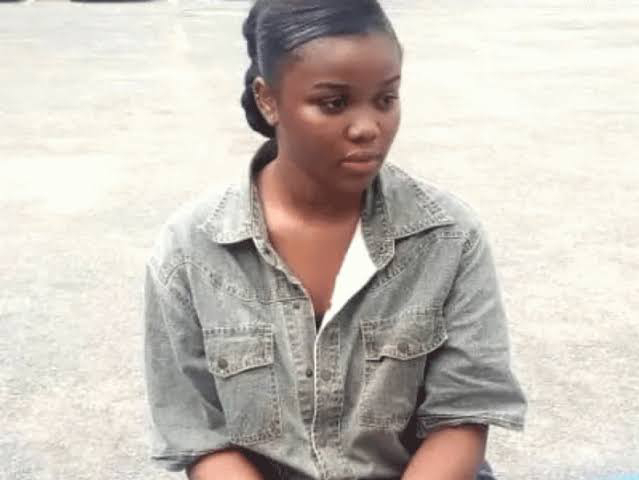 Chidinma Ojukwu, the suspected killer of the Chief Executive Officer of Super TV, Usifo Ataga, has denied having a hand in his death.

In a trending video interview conducted by Crime Fighters, the 21-year-old claimed that she found Ataga’s corpse after returning to the service apartment where both of them had lodged at Lekki, Lagos State.

She said, “Before I was leaving, he stood up to lock the door, but when I got in, I was knocking, and when there was no answer, I opened and the door was already opened, as it wasn’t locked; the duvet and pillow were on the floor.

“The couch was facing the door and the bed was stained with blood already. The floor where he was was filled with blood and then music and TV were on. The room was already disarranged like someone broke in, then I saw him on the floor.

“I didn’t know what to do, so I took my things with his things and left. I was afraid; I didn’t know if I had raised the alarm, they would have arrested me for doing it because I and him were just the only people in the room.

“I just left; I was packing my things to leave, then I noticed that my clothes were stained, so I changed to another. I took the bag that contained his ID and documents like bank statements. So, I just packed them and put them into the nylon and left.

This latest claim is different from the confession of the suspect when she was paraded at the police command headquarters, where she admitted to stabbing the 50-year-old in the neck with a knife after a disagreement.

He said, “I have had the regrettable privilege to see the dead body five times. My cousin’s hands were tied so badly that the rope entered the skin and the rope is an exhibit with the police.

“Apart from the fact that he was tied, there were multiple stabs in his body, so, that story of two stabs in the neck is not true.

“He was stabbed in other places; his leg. In fact, at Yaba mortuary, the attendant was so dramatic because they told us clearly that the stabbing was so bad that it is a hole. The guy stuck his two fingers into my cousin’s body in my presence.”

A senior police officer told Punch newspaper that a lie detector could be deployed to test if Chidinma’s latest claim was true or not.

The officer said, “It appears that her lawyers or relatives are teaching her; but this is different from our investigation. This is a fake angle and she cannot dismiss convincing evidence that is already available and recorded, which she herself demonstrated.

“So, this means she is a two-faced person; she tells lies and when the investigation gets to a top level, they will use a lie detector to know whether she is telling the truth or not.”