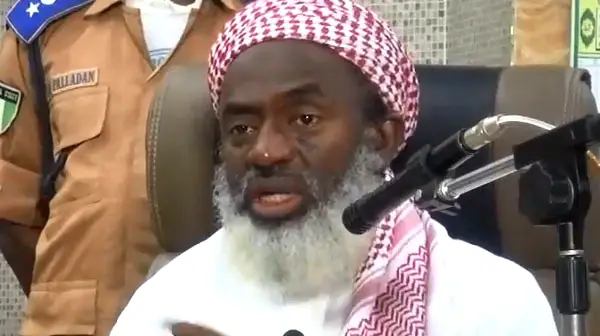 Sheikh Ahmad Gumi, the Kaduna-based Islamic scholar, has denied being invited, arrested or quizzed by the Department of State Services, DSS.

The Sheikh was reported to have been with the DSS for questioning over remarks he allegedly made against the military in an interview with Arise TV.

Speaking to Vanguard newspaper, Sheikh Gumi said his interventions with bandits inside forests were done in collaboration with the government and security agencies.

Therefore, Gumi said, he did not commit any offence.

His words: “Nobody invited me for questioning or any arrest. I can say that categorically.

“Since I ventured into the forest, I went there with full security— the Police, with the knowledge of the DSS, traditional rulers and the Fulani leaders. I never went alone.

“I never made any disparaging remarks against the military during my recent live interview on national television.

“There was nowhere in the TV interview that I categorically accused the entire military.”