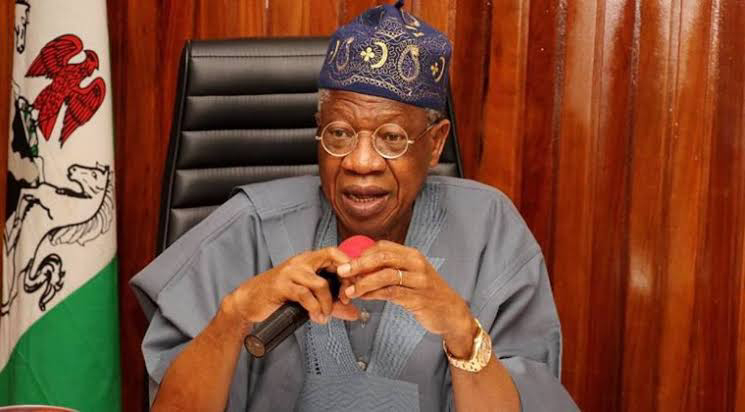 The Minister of Information and Culture, Alhaji Lai Mohammed, says the Federal Government is not the sponsor of the bills purportedly meant to stifle the press.

He said the bills concerning the Nigerian Press Council and the National Broadcasting Commission were private member bills sponsored by a lawmaker in the National Assembly,

“First, let me say how disappointed I am that those who have been berating me on these bills have been doing so on a false premise that the Federal Government had sponsored bills to stifle the press.

”This is a classic case of misinformation because the Federal Government did not sponsor any bill to gag the press.

“It baffles me that those who rushed to the media to slam the government didn’t even try to verify the facts,’’ he said

The mnister clarified that the National Assembly member who sponsored the bills had done nothing wrong.

He said the legislator was only doing what he was elected to do.

“I insist that the bills were not sponsored by the Federal Government.

“I was invited, as the Minister of Information and Culture, to make my contributions, just like many other stakeholders at the public hearing.

“It was an opportunity for stakeholders to make their input into the bills.

”I attended and made my contributions,’’ he said.

Mohammed said those falsely accusing the Federal Government and misinforming the public on the bills had a chance to make their contributions during the public hearing.