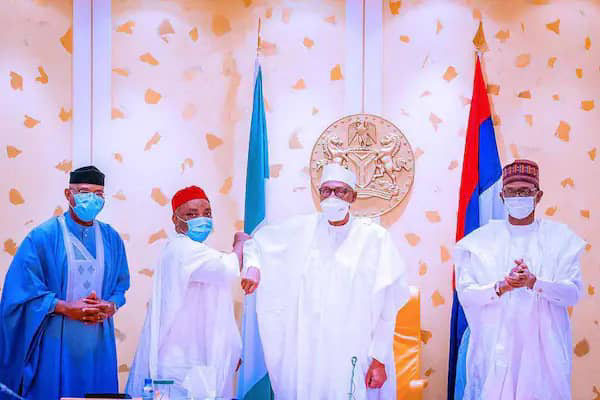 President Muhammadu Buhari Friday in Abuja welcomed Sen. Peter Nwaoboshi to the All Progressives Congress (APC), after he left the Peoples Democratic Party (PDP), saying “you are welcome to the progressives family.’’
Sen. Nwaoboshi, representing Delta North District, Delta State, was presented to President Buhari and National Caretaker/Extraordinary Convention Planning Committee (CECPC) at the State House by Deputy Senate President, Ovie Omo-Agege.
The Deputy Senate President said Senator Nwaoboshi’s decision to join the APC clearly shows that the effort of the CECPC was yielding fruit.
Nwaoboshi was recently acquited on money laundry charges by a Federal High Court in Lagos. He was also recently suspended by the People's Democratic Party in Delta state for alleged anti party activities following his open criticism of Governor Ifeanyi Okowa of Delta State.
News