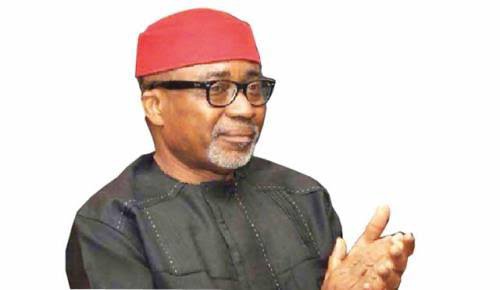 Outrage has continued to trail the comments attributed to the Attorney General of the Federation and Minister of Justice, Abubakar Malami (SAN) who was quoted as saying that the decision of Southern state governors to ban open grazing of Cattle in the South is akin to Northern governors stopping spare parts dealers in the North from doing their business.

Mr Malami, who spoke on Channels Television’s Politics Today Programme on Wednesday, said the decision of the governors “does not align with the provisions of the Constitution, hence it does not hold water.”

However, minority leader of the Senate, Enyinnaya Abaribe has joined other Nigerians in condeming the minister's comment.

In a statement signed by his media adviser, Uchenna Awom, the lawmaker representing Abia South asked; "While the local "bureau de change" business mostly done by the Fulanis are operating in all parts of Nigeria, why have they not elicited any resentment from other Nigerians?

In response to his own question, Abaribe stated; "It is simply because they live and do their business peacefully without any problem. It is the murderous activities of Fulani herders that have given rise to the current demand for laws that will bring about peaceful coexistence of all Nigerians.
He went further to say; "What's the correlation between spare parts sellers in a rented shop or government properly designated area and marauding Fulani herders destroying farms, killing and raping thus trampling on people's private properties and means of livelihood?
"Such a divisive statement from a top federal government official, infact the Chief legal adviser to the federal government at that, exposes a very dangerous mindset. This disposition has no doubt raised tensions in Nigeria to a frightening level.
"Why should an Attorney General of the federation be so fixated in evoking ethnic/regional fault lines when duty calls for him to be a statesman. It is disheartening that Mr Abubakar Malami has chosen to debase our country. He has indeed questioned Nigeria's unity. Very unfortunate",
News