Juventus Sack Pirlo After One Season In Charge 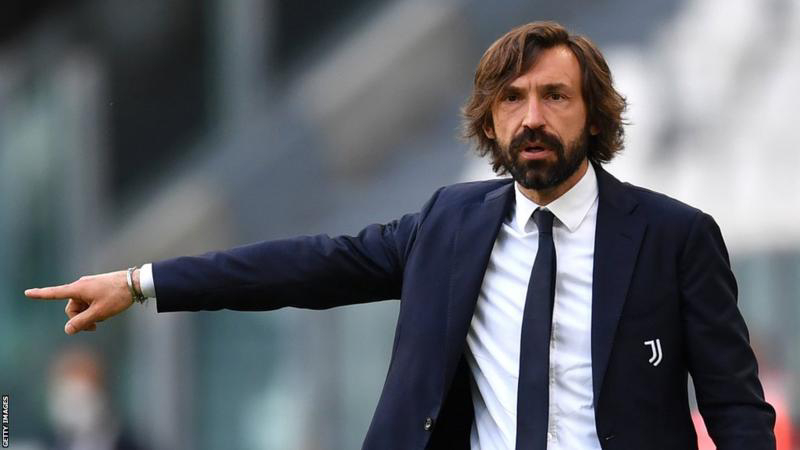 Juventus have sacked Andrea Pirlo as manager after he spent just one season in charge of the Italian club.

The 42-year-old was a surprise choice to replace Maurizio Sarri last summer and under his guidance Juventus failed to win the Serie A title for the first time since 2012.

The Turin-based club finished fourth, only qualifying for the Champions League on the last day of the season.

Massimiliano Allegri is expected to return for a second spell as manager.

Allegri was in charge of Juventus from 2014-19, winning five successive league titles and reaching the Champions League final twice. He is currently without a job.

A statement on the Juventus website said: "Thanks Andrea. These are the first words that all of us must pronounce at the end of this special experience lived together.

"For the courage, the dedication, the passion with which he demonstrated every day, our thanks go to the 'Maestro', the coach and to Andrea, that really comes from the heart, as well as our good luck for the future that will surely be a wonderful one."

Pirlo played 164 games for Juventus between 2011 and 2015 and won four Serie A titles in Turin after joining from AC Milan, with whom he spent most of his career and won two Champions League and two league titles.