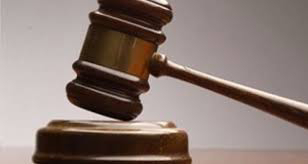 The Judicial Staff Union of Nigeria (JUSUN) says its nationwide strike will not be called off until a concrete resolution is reached on financial autonomy for the judiciary at the state level.
It would be recalled that tomorrow, Thursday, the strike will be a month.
JUSUN had began a nationwide strike on Tuesday, April 6, when the union directed all its members across the federation to shut down all courts after the expiration of the 21-day ultimatum earlier given over the failure of the government to implement the law.
The Deputy President of the workers’ union, Emmanuel Abioye, in a telephone interview with the News Agency of Nigeria on Wednesday, stated that the governors must do the needful before the strike would be suspended.
“This strike has generated a lot of public interest. As a matter of fact, some other associations have shown interest.
“The Nigerian Bar Association (NBA) has shown interest, and there is no way we can do anything without working in synergy with the NBA.
“The Nigerian Labour Congress (NLC) has signified interested as well and there is nothing we can do now without a synergy with the NLC.
“So it is already in the public domain, even people are calling us to say that if we should suspend the strike without achieving tangible result, we have disappointed them, how much more our members.
“So without achieving our aim, if the promise that had been made by the governors failed, it will be unreasonable for us to go back.
“This demand is a provision of the law and democracy can only strive when there is rule of law. So everyone must follow the rule of law.
“People that are saddled with the responsibility must do the needful before we can suspend the strike,” Abioye said.
News