How Nigeria can enact a new Constitution - Ekweremadu

on May 27, 2021
***Calls for operationalisation of past dialogues reports
***Says grazing essentially states matter 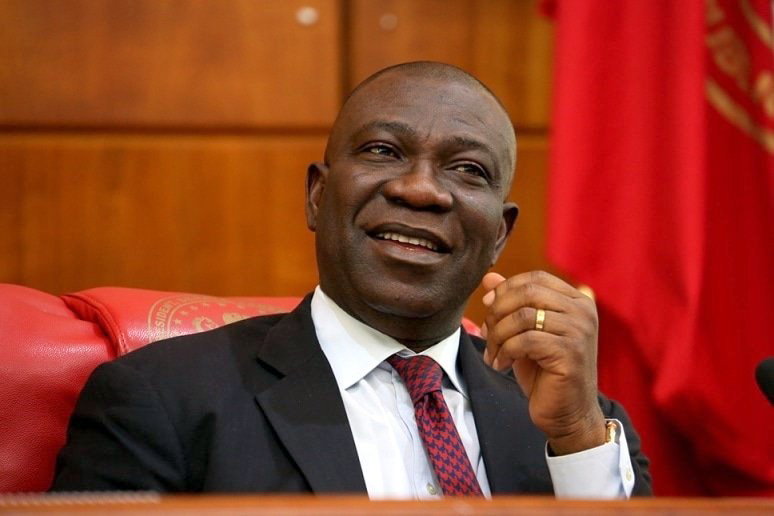 Former Deputy President of the Senate, Senator Ike Ekweremadu, says while a new constitution is possible and will become ultimately inevitable, the nation needs to amend the 1999 Constitution to create a provision for achieving that.
This was even as he said that while calls for a national dialogue was not a bad idea, operationalising the outcomes of previous dialogues and botched constitution amendment efforts would help the nation faster.
Ekweremadu stated these while fielding questions from reporters in Enugu on the sidelines of the ongoing zonal hearing on constitution review exercise of the 9th National Assembly.
“I have heard the suggestions for a new constitution over and over again. Some say, bring back the 1960 Constitution; some say bring back the 1963 Constitution. Some others say, okay, why don’t we just throw away this constitution and bring a new one.
“However, there is no such provision to do so under our present Constitution, unless you are calling for anarchy.  If you say we need a new constitution, the answer is simple. When other countries like Kenya and Brazil had a similar challenge, what they simply did was to amend the original constitution in order to make a provision for how a new constitution can be enacted. We (the National Assembly) did it the last time, specifically in the 7th Assembly, including making a provision for a referendum, but it was not accepted.
“So, we need to amend Section 9 on how we can create a new Constitution, including the issue of referendum, to be able to do that” he stated.
The lawmaker, who chairs the Enugu centre of the South East zonal hearing, also explained that creating an avenue for a new constitution would also help make the constitution more organised.
According to him, “We have done a whole of amendments, which many Nigerians don’t even know about. So, there is confusion already in differentiating what has been amended and what has not been amend. And it will only increase as we make more amendments. Even with ordinary Acts of the National Assembly, after several amendments or a far-reaching amendment, the usual and proper thing we do is to repeal and reenact the law.
“Whether we are doing a new constitution today, tomorrow or next year, we need to take advantage of this constitution amendment exercise to provide for and spell out how a new constitution can come into being. That way, at the appropriate time, we can now trigger that provision and be able to have a conversation, draft a new constitution, and go through the constitutional provision and have it approved at the requite levels and with the requisite numbers so that we can have a new constitution that will encompass all these amendments”.
On the calls for a national dialogue by ethnic nationalities, he said: “Once any nation runs into a problem like we do now, the usual thing to do is to say, okay, let us come together and talk. But in our case, there is nothing really new, say in this constitution amendment exercise from the past ones.
“Likewise, if you bring together all the ethnic nationalities, they are not going to say anything new. We have had conversions. We have had the national confab.
“Just as someone suggested, why don’t we just dust up all of the constitution amendments we have done before or simply improve on them and get the reasonable and required number to approve it and send it to the president? That is my opinion too.
“In the same manner, if we say let us look at those issues and resolutions we have had in the past confabs, nothing is new, and nothing has changed. But if we look at the recommendations and set up a committee to look at it in one week, we can now find a way to legislate on it.
“It is not enough to talk, we have to agree on how do we operationalise what we discussed. That is the issue. Unless we address this, it will be like every other talks or confabs”.
On the position of the constitution on grazing, Ekweremadu said: “The laws are straightforward” and it was better for the states and federal officials to meet on the matter to resolve the impasse.
“If you look at the Constitution, the issue of grazing essentially should be a matter for the states because it has to do with land. Under the Land Use Act, which is part of our Constitution, the lands belong to the States and not to the Federal Government. So, when the states met and said, look, we don’t want open grazing, it was within the purview of their powers.
“I think we need to have a meeting at some point between the state officials and federal officials at some point instead of talking as if they don’t read anything in the constitution. We can’t be insulting ourselves in the pages of newspapers”.
News