Champions League Final: Uefa to Decide Whether to Switch Game to Wembley 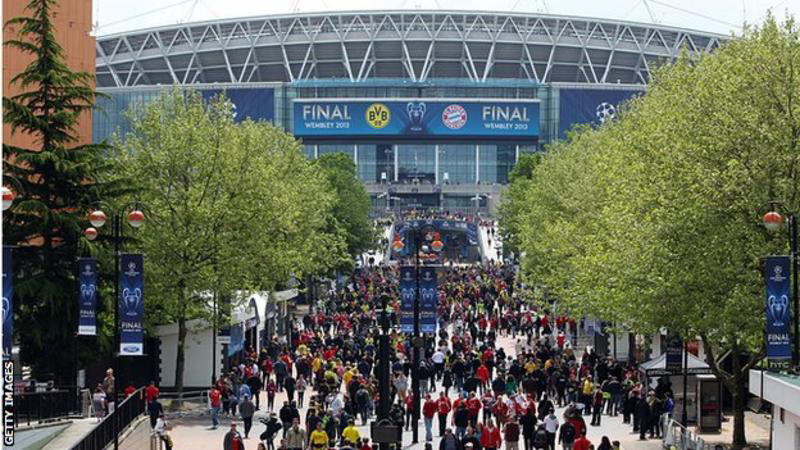 Uefa is set to decide by Wednesday whether to switch the Champions League final to Wembley from Istanbul because of travel restrictions.

European football's governing body will meet with UK government officials and the Football Association on Monday to discuss options for the final.

Chelsea face Manchester City in the final on 29 May.

But fans have been told not to travel after Turkey was put on England's travel red list.

There is a fixture issue to resolve, as Wembley is scheduled to stage the Championship play-off final on 29 May. However, it is understood the EFL would consider moving the match if asked by Uefa, and its board would make the final call.

UK citizens returning from red list countries are required to quarantine at a government-approved hotel for 10 days.

Such a quarantine would have an impact on players involved in Euro 2020, which starts on 11 June.

Moving the final to Wembley would require the UK government to be flexible in allowing people into England, given the various stakeholders who would expect to attend.

It is understood one of the issues under consideration is possible quarantine exemptions, but no decisions have yet been made.

On Friday, transport secretary Grant Shapps said Covid-19 red list countries "should not be visited except in the most extreme circumstances".

He added that the government was open to hosting the game in the UK.