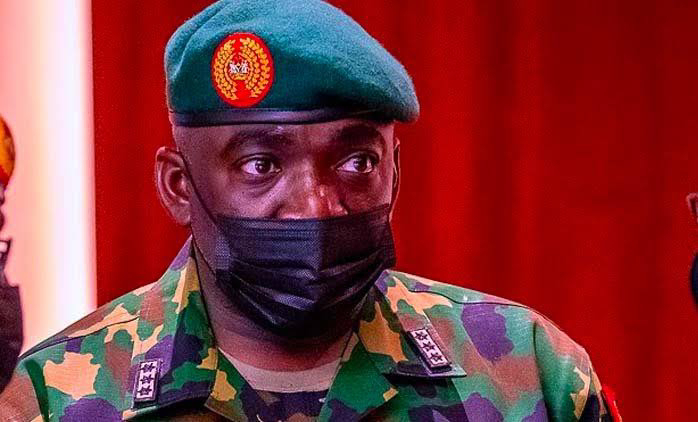 The Chairman, Senate Committee on Army who is also the Senator representing Borno South Senatorial District, Mohammed Ali Ndume, says he received the news of the late Chief of Army Staff, Lt. General Ibrahim Attahiru, and 10 others, with shock.
The Senator in a statement personally signed by him on Saturday lamented that the late gallant General died at a time when the nation was looking up to him to effectively provide the necessary leadership that would eliminate insurgency and other forms of criminality in Nigeria.
He described Attahiru's death as  a national tragedy and that the army chief died a worthy hero.
He described Attahiru and members of his team as a highly dedicated and patriotic Nigerians who have already commenced the implementation of strategies that the Nigerian Army needed to tackle external and internal forces that are threatening the nation's peace.
Ndume prayed Allah  to grant eternal salvation for all that lost their lives in  the air mishap.
He also prayed that the family members would have the fortitude to bear the loss
He said, "No doubt, this is a difficult loss for the entire Armed Forces at this crucial time when we are confronted by insecurity in all parts of the country.
"I pray that Almighty Allah (SWT) will grant the families and the Armed Forces the strength and fortitude to bear the painful loss. Amen.
News