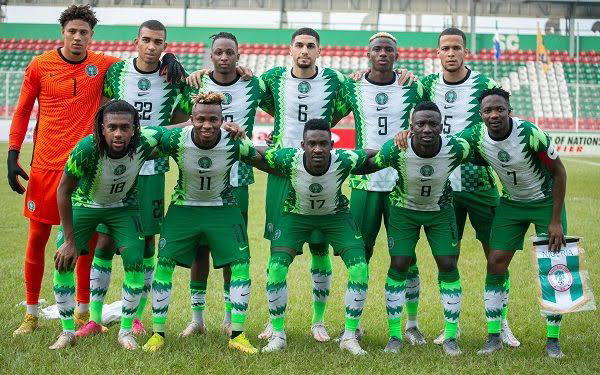 Nigeria moved four steps up from 36th to 32nd in the latest FIFA World Ranking for the Month of March.

The FIFA Ranking point for each team is now calculated to two decimal places to enhance precision, according to a statement from FIFA.

The ranking released on Wednesday, had the Super Eagles, who recorded victories over Benin Republic and Lesotho in last month’s 2021 Africa Cup of Nations qualifiers, ranked third in Africa after amassing 1,474 points.

The Eagles were fifth prior to the latest ranking.

Gernot Rohr’s side are behind Africa’s No.1 ranked team, Senegal, who dropped two places and second placed Tunisia, who were unmoved.

Algeria and Morocco are fourth and fifth, after they dropped two and one steps respectively.

Meanwhile, the podium remained unchanged as Belgium remained the top team in the world and they are followed by France, Brazil, England and Portugal in that order.

Spain, Italy, Argentina, Uruguay, and Denmark complete the Top 10. The next FIFA ranking will be published on May 27.