on April 01, 2021
***condemns the attack on Soludo
***Calls for arrest, prosecution of culprits 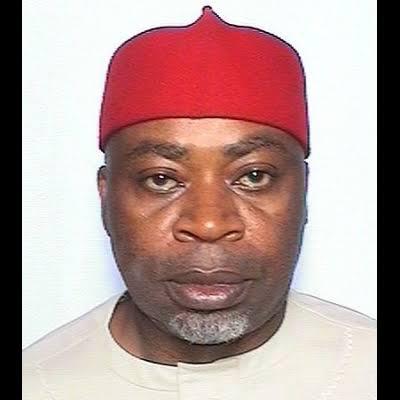 Deputy Minority Leader of the House of Representatives, Hon. Toby Okechukwu, says the recent killings in Ebonyi State, the attack on former Governor of Central Bank of Nigeria (CBN), Prof. Chukwuma Soludo, and the prevailing killings across the country are ominous indications that things are falling apart.
Okechukwu warned that the country was already neck-deep into a season of anomie, which if not immediately arrested, would spell doom for the country.
The lawmaker, who represents Aninri/Awgu/Oji River Federal Constituency in Enugu State, bared his mind in a statement he issued in Abuja on Thursday.
While condemning the recent massacre in Ebonyi State communities and the attack at an event in Anamabra, which left three policemen attached to Soludo dead, he stressed that time was overdue to breath life into the reports of the 2014 National Conference and the Governor Nasir El-Rufai-led All Progressives Congress (APC) Committee on True Federalism, both of which he said favoured state police the answer to the rising insecurity in the country.
He said: “This continuous carnage as evident from the attack in Ebonyi is a clear indication that things are really falling apart. This massacre of hapless citizens is another sad reminder that we are in a season of anomie where innocent people are unexpectedly mowed down in cold blood without consequences.
“The advertent or inadvertent encouragement of ethic militias to levy war on all parts of the country is a clear manifestation of a nation-state that has abdicated its leviathan responsibility to protect the lives and properties of her citizens.
“It is unbelievable that non-state actors brandishing K-47 and other lethal weapons can hold a nation-state of over 200 million people to ransom, undetected, unchallenged and without any consequences.
“It is very apparent from all indications that the Federal Government has lost the initiative to preempt, curtail, mitigate or solve these devilish attacks and bloodletting. It is also very apparent from our security policy and its present architecture that citizens cannot be protected or assured of protection. Clearly, the APC government has lost its commission and mandate for which it was hired in 2019”.
He urged President Mohammadu Buhari, the security agencies, and leaders of the nation at every level to rise up to the challenge or risk being the undertakers of the Nigerian federation.
“We are not willing by any act of omission or commission to be the undertakers of this Federal Republic. Therefore, this APC administration led by President Mohammadu Buhari must urgently give vent to the El-Rufai Committee report as well as the 2014 confab report both of which are in support of state police”, he said.
While commiserating with the people of Ebonyi State, Okechukwu, however called on the security agencies to ensure the arrest and prosecution of the executors and masterminds of the Ebonyi killings.
“In the interim, l call on all security agencies to smoke out the perpetrators and bring them to book.
“I commiserate with the Government and people of Ebonyi State as well as the families of the policemen that lost their lives in Anambara, just as I emphasise that all measures should be taken to ensure that this does not happen again”, added.
News