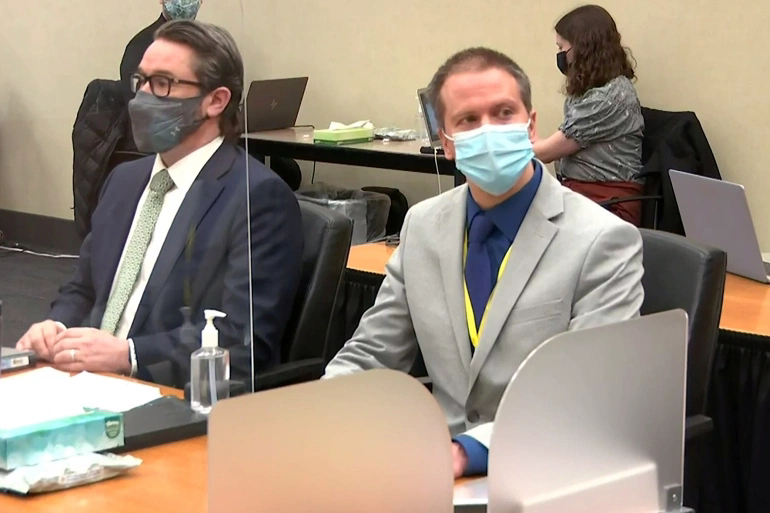 A jury has found a former police officer guilty of murder over the death of African-American George Floyd on a Minneapolis street last year.

Derek Chauvin, 45, was filmed kneeling on Mr Floyd's neck for more than nine minutes during his arrest last May.

The widely watched footage sparked worldwide protests against racism and excessive use of force by police.

The12-member jury panel took less than a day to reach their verdict, which followed a highly-charged, three-week trial that left the city of Minneapolis on edge.

After both sides presented closing arguments on Monday, the jury was isolated in a hotel with no outside contact so they could deliberate on a verdict, a process known as sequestration.

Jurors had to agree on a unanimous verdict and were told they could not return home until they had made their decision.