Many Feared Dead as Tanker Explodes in Benue 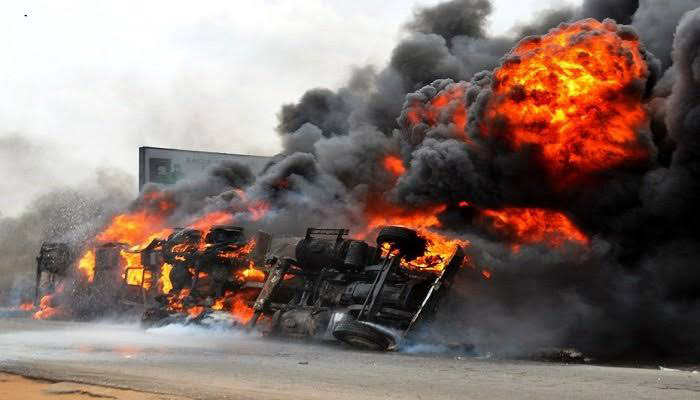 According to an amateur video by an eyewitness on Sunday, many houses, shops and properties were also destroyed in the inferno.

Agatu local government area is some four hours drive from Makurdi, the Benue State capital and help from this axis is unlikely as the fire would have spread to its largest extent.

Many residents of the area called for help from relevant authorities to come to their rescue as the only fire station is in Otukpo Local Government Area, a one hour thirty minutes drive from the scene of the fire.