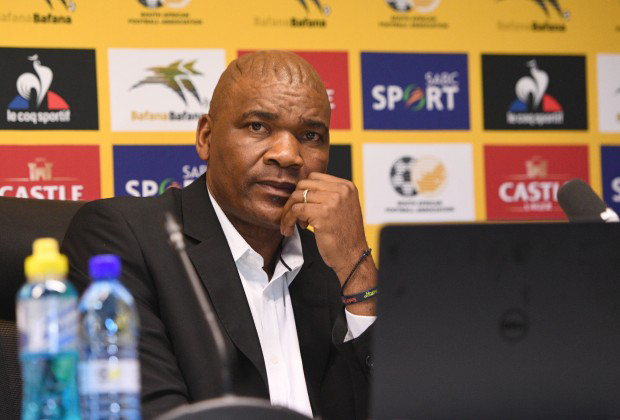 The South African Football Association have confirmed that Bafana Bafana head coach Molefi Ntseki has been fired following the team's failure to qualify for the Africa cup of Nations AFCON.
Ntseki has been shown the door after just nine games in charge as he failed to successfully lead the team through their 2021 Africa Cup of Nations qualifying.

Bafana fell at the final hurdle after suffering a 2-0 defeat to Sudan on Sunday, in a match from which all they needed was a draw to book their spot in Cameroon.

However, a poor display has left South Africa embarrassed once again as they failed to qualify for the continental showpiece for a fourth time in the last seven editions.

Following a meeting on Tuesday, it is reported that things turned sour as Ntseki refused to resign from his position, prompting the SAFA hierarchy to take stern action in terminating his contract.

The 51-year-old also made things difficult for himself after openly stating "I have failed as a coach", in his post-match interview with the Bafana media team.

Calls from outside have already mentioned the likes of Benni McCarthy, Shakes Mashaba, Carlos Queiroz and even Muhsin Ertugral as replacements.