Missing Arms Money: I Was Quoted Out of Context - NSA 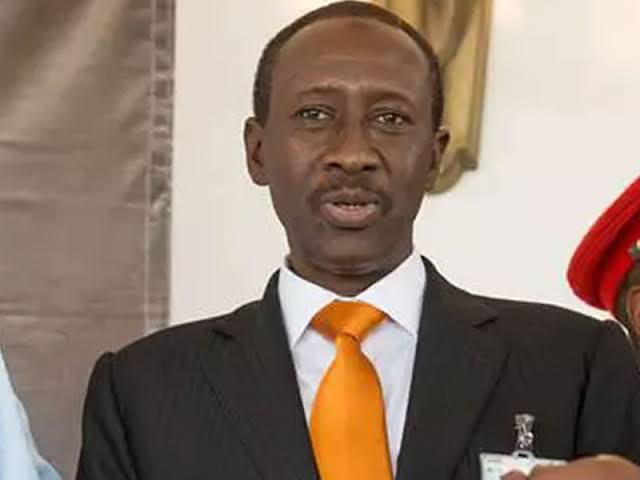 In a statement by his office later on Friday, the NSA recanted his earlier allegations, saying he was quoted out of context.

While he admitted granting the BBC interview under reference, he denied saying funds meant for the purchase of arms had gone missing.

The statement read in part, “We would like to state that the NSA was quoted out of context as he did not categorically say that funds meant for arms procurement were missing under the former service chiefs as reported or transcribed by some media outlets from the BBC interview.

“During the interview, the National Security Adviser only reiterated the Federal Government’s commitment to deal decisively with insecurity and stated President Muhammadu Buhari’s continued commitment to providing all necessary support to the armed forces, including the provision of arms and equipment.”

The NSA said in the interview, he clearly informed the BBC reporter that, “Mr President has provided enormous resources for arms procurement, but the orders were either inadequate or yet to be delivered and that did not imply that the funds were misappropriated under the former service chiefs.”

The NSA also said he informed the reporter that, “Mr President is following up on the procurement process as it’s usual with contracts relating to military equipment. In most cases, the process involves manufacturing, due diligence and tedious negotiations that may change delivery dates.”

The National Assembly had in 2018 approved a request by President Buhari, for the withdrawal of $1bn from the Excess Crude Account for the purchase of weapons to fight insurgency.

Buhari had earlier told the National Assembly that he already ordered the payment of $496m to the United States government for the purchase of 12 Tucano aircraft ahead of legislative approval.