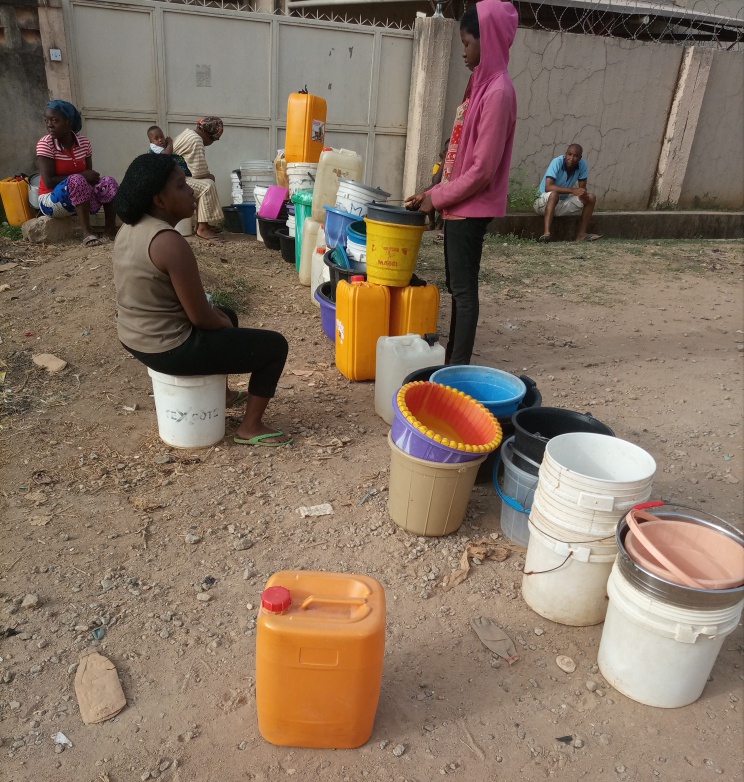 Residents of Kubwa in Bwari area council of the Federal Capital territory are not in the best of times as water scarcity enters its second week following the shutdown of pipe borne water supply to the area.
The water board had earlier notified residents that supply would be cut from Thursday 11th March to Sunday 14th to enable maintenance of its facility. But less than a week after the initial announcement, a second memo was issued stating that the maintenance work is still ongoing.
Residents, most of whom rely solely on the pipe borne water supply are now left in a fix, as mop up of satchet water popularly called pure water is currently ongoing as residents seek alternative to drinking water.
Local water vendors popularly called ''Mai Ruwa'' are the other alternative as they now make brisk business, selling ten jerry cans of water for as much two thousand, five hundred naira.
News