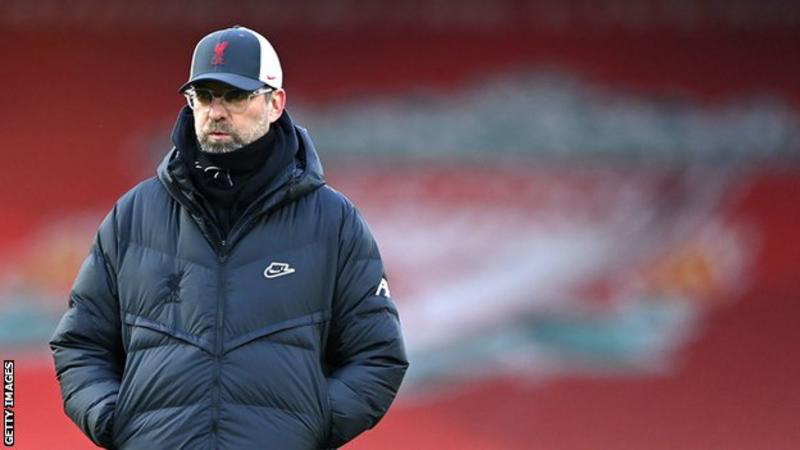 Liverpool manager Jurgen Klopp says he is not "available" to succeed Joachim Low as manager of his native Germany.

The German Football Association has announced that Low will leave the role after this summer's European Championships.

"Am I available for the job after the summer? No," said Klopp.

"Someone else will do the job and, with the number of good German managers, I am sure the German FA will find a good solution."

Klopp, 53, was appointed Liverpool manager in October 2015 and has led the club to victory in the Champions League in 2019 and to the 2019-20 Premier League title.

The latter was the Anfield club's first top-flight title since 1990 but they have struggled this season and are eighth in the Premier League - seven points from a top-four spot.

Klopp said: "I will not be available as a potential coach for Germany. I have three years left at Liverpool don't I?

"It's simple. You sign a contract and you stick to that contract. I stuck to contracts at both Mainz and Dortmund."

Klopp was speaking before the second leg of Liverpool's last-16 Champions League tie against RB Leipzig on Wednesday (kick-off 20:00 GMT).

The Reds hold a 2-0 advantage for the home leg, which will be played at Puskas Arena in Budapest because of Covid-19 restrictions.