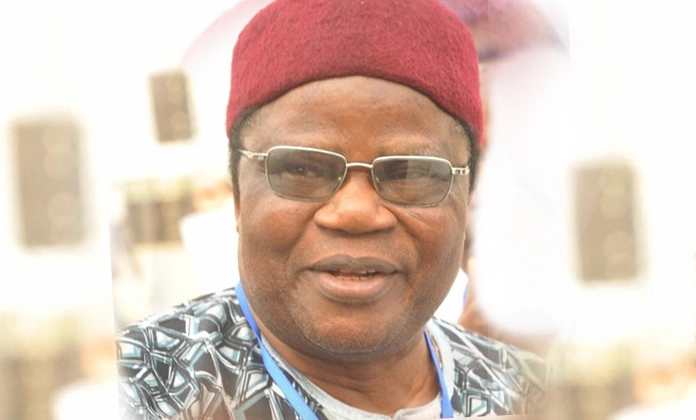 The President of the Senate, Ahmad Lawan has expressed grief at the demise of a former minister of information Tony Mohmoh who passed on at the age of 81.
A statement signed by Ola Awoniyi, the Special Adviser (Media) to President of the Senate said Lawan commiserated with the government and people of Edo State and the All Progressives Congress(APC), where he was a highly respected leader, on the loss.
"Prince Tony Momoh as a journalist made indelible contributions to the development of the noble profession in Nigeria.
"As Minister of Information, Prince Momoh, through his 'Letter to my countrymen' series, professionally and effectively disseminated and managed public information in a manner that was unique to him.
"As chairman of the Congress for Progressive Change (CPC), he helped nurture the party to a very strong showing at the polls within months of its formation.
Prince Momoh  was also a key facilitator of the emergence of the APC  in 2014.
"The APC will miss this principled political leader particularly in this period that the party is repositioning as a grassroots-based political party and for improved performance of its leadership of our great country," Lawan said.
The Senate President prayed for divine comfort for  his loved ones and the fortitude to bear his loss.
News