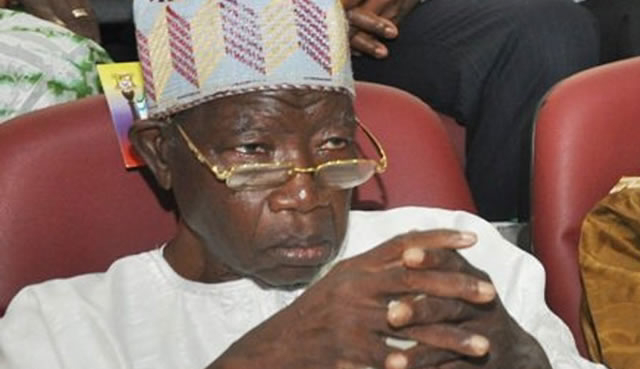 President of the Senate, Ahmad Lawan, says Nigeria has lost one of its exemplary political leaders and administrators with the death on Thursday of  Second Republic Governor of Lagos State, Alhaji Lateef Kayode Jakande.
Lawn says Alhaji Jakande lived a long and inspirational life that found fulfilment in the service of humanity.
The Senate President in a statement signed by his media aide, Ola Awoniyi says Alhaji Jakande made sterling contributions to the development of  journalism In Nigeria before replicating his indelible footprints on the political and economic development of Nigeria with his landmark achievements as the first elected governor of Lagos State.
"His feats and carriage as governor made Alhaji Lateef Jakande  a permanent face of progressive politics which primary concern is the welfare and well-being of the people.
"Throughout his tenure as governor, he faithfully implemented the four cardinal programmes of his party, the defunct Unity Party of Nigeria.
"His numerous legacies continue to be appreciated, particularly in the education, health and housing sectors of Lagos State," Lawan says.
"Alhaj Jakande took his Midas touch to the Federal level when he served briefly as the Minister of Works where he left his marks especially on the landscape of Abuja."
The Senate President commiserates with the family, friends and associates of the legend over his departure.
News