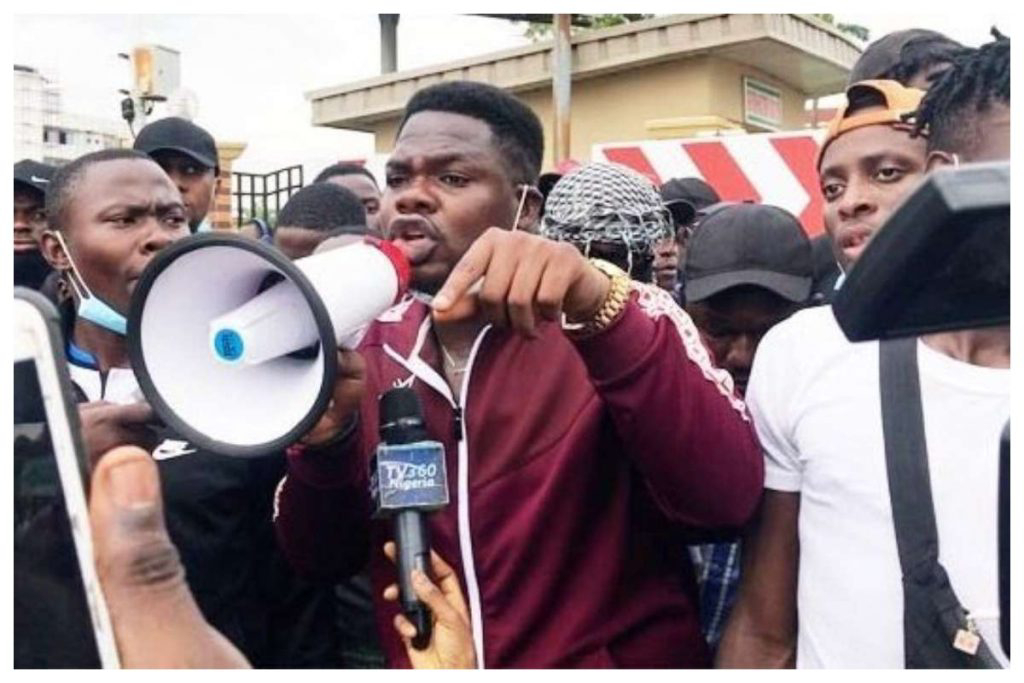 Nigerian Instagram comedian, Debo Adebayo, popularly known as Mr Macaroni has shared the horrible experience he had after being arrested by the Nigerian Police Force on Saturday.

The comedian in a video shared via his Instagram story on Sunday revealed that the police officials threatened to kill all of them if the news about their arrest wasn’t all over social media.

He further said that they were beaten and stripped naked as if they were criminals.

According to him, “the Police officers told us that we were lucky that we weren’t arrested at night because they would have killed all of us and nothing will happen.

“Firstly, I want to thank everyone for the effort they put into ensuring that we all were released safely.

“In honesty, it was a horrible experience. I went out not because I’m the only one who is brave enough to protest in Nigeria but because I knew other people would be there as well and also all we wanted was justice.

“At some point, I was scared because of the kind of utterances being made by the police officers that arrested us.

“I knew people would die. If words weren’t out there about our arrest, they would have killed all of us.

“After they arrested us at the Lekki toll gate, we were taken to Adeniji police station where we were beaten and stripped naked.

“In fact, if not that videos of our arrest were already all over social media, it would have been another day of mourning the loss of innocent Nigerian youths who came out for a peaceful protest.

“The police officials even told us that we are lucky that the news was already everywhere because if it were to be at night, they would have shot us and nothing or nobody will do anything about it.

“I am currently going to the hospital for check ups because I have bruises all over my body from all the beatings I received,” he said.

The spokesman for the Lagos State Police Command, Muyiwa Adejobi, in a statement on Saturday evening said the forty (40) suspects at Lekki Toll Gate plaza were arrested for conspiracy, and violation of COVID-19 protocols.

According to him, the suspects gathered at the Lekki Toll Gate to cause tension, thereby behaving in a manner to breach peace of the state.

However, Macaroni and other forty (40) EndSARS protesters arrested were later granted bail after the police was consequently dragged by Nigerians for unlawfully dehumanizing unarmed protesters.