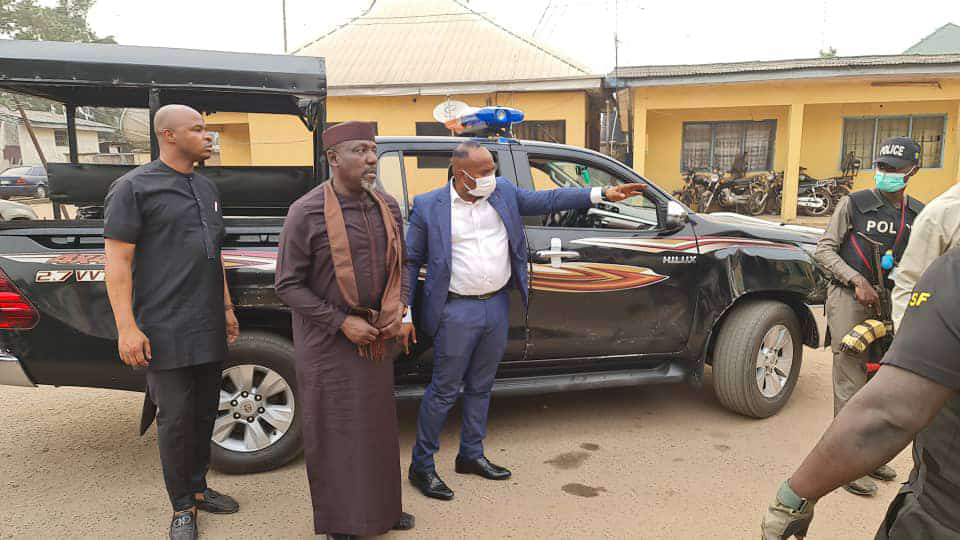 The Imo state police command has confirmed that it moved former governor of Imo state, Rochas Okorocha and Senator representing Imo West Senatorial district, to its custody to explain why he led violent breaking into the government sealed Royal palm spring estate along Akachi road in Owerri.

He said that the police moved to Akachi road when they received a distress call that the Royal Palm spring  Estate sealed by the government had been violently opened by men led by Okorocha.

Orlando briefly said: “The command received a distress call regarding what we termed to be unrest at Royal Spring palm estate, and the operatives moved to the place we discovered Okorocha led some persons to the place hitherto sealed by the IMO government.

“The command calmed the situation and invited Okorocha, to come and explain why he led the violent breaking into the estate that led to damages.”

Reports say those arrested alongside Okorocha included some of his former political appointees, Steve Asunobi, lasbery Anyanwu and Ijeoma Igboanusi.