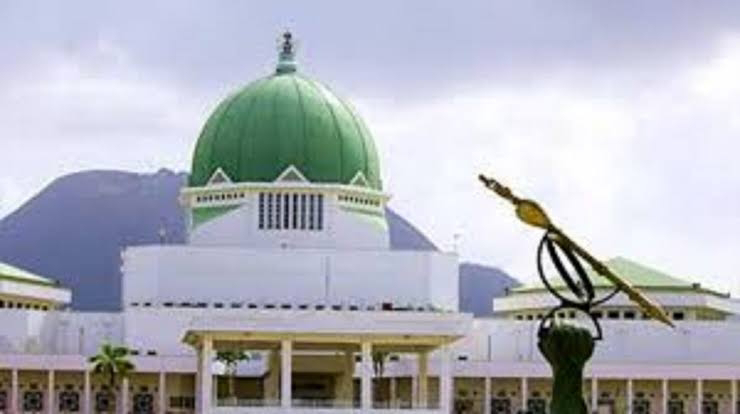 Stakeholders from Enugu State, stormed the National Assembly Wednesday, to demand for creation of Adada State from the present Enugu State .
The stakeholders led by immediate past President General of Ohaneze Ndigbo, Chief John Nwodo, visited the Senate President, Ahmad Lawan, Speaker of the House of Representatives, Hon Femi Gbajabiamila, the Deputy President of the Senate, Senator Ovie Omo - Agege in his capacity as Chairman, Senate Committee on Constitution Review as well as the Deputy Speaker of the House of Representatives, Hon Idris Wase in his capacity as Chairman, House Committee on Constitution Review.
In their seperate interface with the President and Deputy President of the Senate, the Adada State agitators, said the state was approved by delegates at the 2014 National Conference and has no petition against it in and outside Enugu State.
The leader of the delegation, Chief Nwodo said: "The proposed Adada State has peculiar characteristics which are, no petition against it within or outside Enugu State, unanimity of demand by all the five South Eastern States, approval at the 2014 National Conference and the need for it to make States in Igbo North, three, as it is presently in Igbo South which has Imo, Anambra and Abia States as against Igbo North which presently has only  Enugu and Ebonyi as States".
While the President of the Senate, Ahmad Lawan in his response told the delegation that they were in order by coming to National Assembly for such demand, his Deputy, Ovie Omo - Agege, assured them of support of the committee.
Specifically, the Senate President said: "You are in order. You are at the right place. This is the people's Assembly, saddled with the responsibility and mandate of receiving and listening to Nigerians who desire one form of legislative Intervention or the other to ensure that Nigeria is stable, peaceful, that people live in harmony and trust.
"So your quest for the creation of Adada, you are welcome. We are going to give you every opportunity and support that will be necessary for the creation of the Adada State.
"It is a constitional and legitimate agitation. Nigerians should take the opportunity of the Constitutional review process that the ninth Senate and indeed the National Assembly have embarked upon".
Omo - Agege in his response to the Adada State demand said: "since state creation is item 10 out of the 11 thematic areas being considered by the committee, Adada will be given serious consideration".
He however advised them to widen the scope of their lobbying for the agitation for it to scale through in June or July this year when reports will be submitted.
News