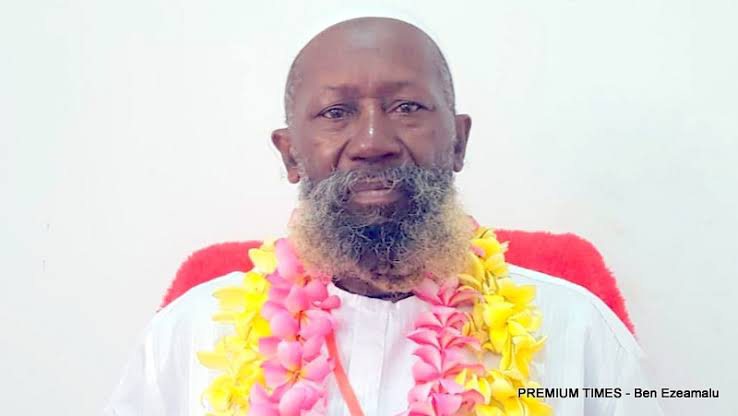 Satguru Maharaj ji, the Founder of One Love Family sect, says it has become necessary to incorporate traditional gods including Ogun, Ifa and Sango in oath swearing in courts and inaugural ceremonies to avoid corruption completely.

Maharaj ji, made the call on Saturday at a national news conference to discuss crucial issues affecting the world.

“We should include Ogun, Ifa, Sango and our traditional gods in oath swearing in courts and inaugural ceremonies to avoid corruption completely.

“People swear with the Bible and Quran and get away unpunished for mismanagement of human and material resources, fraud and scandals that discourage the society.

“This has led to the destruction of many families and industries.

“When we swear with the gods, hardly will you see people embezzle money,’’ he said.

According to Maharaj ji, our people have disconnected from the “source’’,  where there is complete natural law and order as well as justice cycle hence the need for restoration.

“So, if people who are entrusted with public positions are made to swear by our indigenous gods, you will see things work because we have our traditional divine ways that put checks and balances. The government should consider this.

“It is the practical thing put down by our ancestors.

“This traditional process will make our leaders to be on their guard because the gods are swift in executing punishment for crime and injustice, working with equity and justice.

“The knowledge and fear of this will make our leaders and indeed Nigerians,  to be upright in their dealings, serving with honesty and a sense of purpose, being accountable for their actions.

“We need a brake in the human system. A restrain. Life here is heaven. It starts from earth,’’ MaharaJ Ji said.