February 24, 2021
*** describes him as a bootlicker who speaks from both sides of his mouth 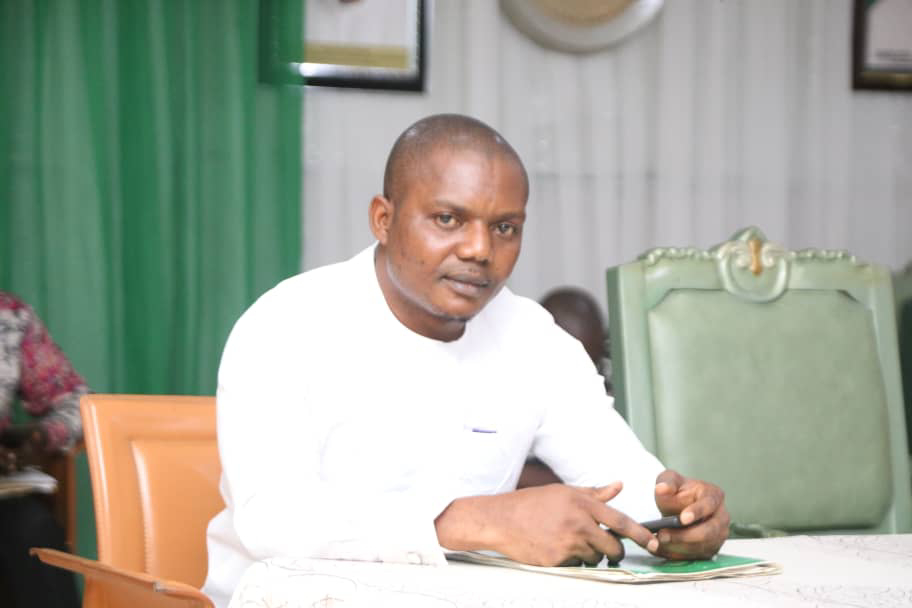 The Special Assistant to the Abia State Governor on Students affairs - Comrade Chibuzo Ndom, and the Students community in Abia State have expressed disappointment at what they described as the wanton swipe one Senator Smart Adeyemi took on Abia state Governor - Okezie Victor Ikpeazu during the Senate plenary on Tuesday, deviating from chamber rules while contributing to a motion on the urgent need for the restoration and revalidation of the Safe School initiative in Nigeria.
Speaking in a statement in Umuahia, the Abia state capital, Comrade Chibuzo Ndom, said while a matter of utmost importance was being deliberated, Senator Smart Adeyemi who is seeking desperate political asylum, taking advantage of political rift between his Governor Yahaya Bello and Senator Dino Melaye, could have the effontery to attack the personality of an erudite Governor like Abia's.
He added that the Senator should find more credible and befitting avenues to patronize his paymasters than taking a swipe on a man whose index of performance in the subject in context at the Senate is indeed, quite high.
The youth leader further said: ''On record, H.E. Dr. Okezie Victor Ikpeazu has never been seen or heard, exhibiting any mannerism that suggest the claim of the Senator on the floor of the Senate. Instead, he has continued to carry himself in a manner that is befitting of a performing leader, an academic egghead and PhD holder (not honorary), a feat Senator Smart may never near achieving.''
Speaking further Ndom said: ''We find the irresponsible outburst as not only insulting on the personality of our Governor, but disdainful on our state; and to this extent demand him to unreservedly apologize to the Governor and entire Abians within 7 days, or have Abia Students to contend with.
''We have known the Senator as a compromising man who could stoop low to bootlick anyone in immediate sphere of influence for political gains and relevance such as his time as NUJ President with President Olusegun Obasanjo, his infamous hobnob, and as Senate Committee Chairman on FCT with former President Goodluck Jonathan who had him reveal private life of the former President. It is important that Governor Yahaya Bello of Kogi State be careful on the unholy hobnob and sychophancy of Senator Smart Adeyemi as he does so at the ultimate detriment of his paymasters.
''What even comes to our greatest chagrin is that Governor Ikpeazu does not associate with loquacious sychophants like him let alone, having him close to him at any time.
''We also request the President of the Senate, Governor of Kogi State and indeed, Nigerians to advise the Senator to take his bootlicker-tendencies elsewhere, and steer clear our dear State and Governor.
''We also implore Nigerian Student leadership of Kogi extraction to remind the Senator that Governor Okezie Ikpeazu is a "Life Grand Patron" of NANS, and must retract his unguided utterance immediately.
News