US Lawmakers Call For Removal of President Trump 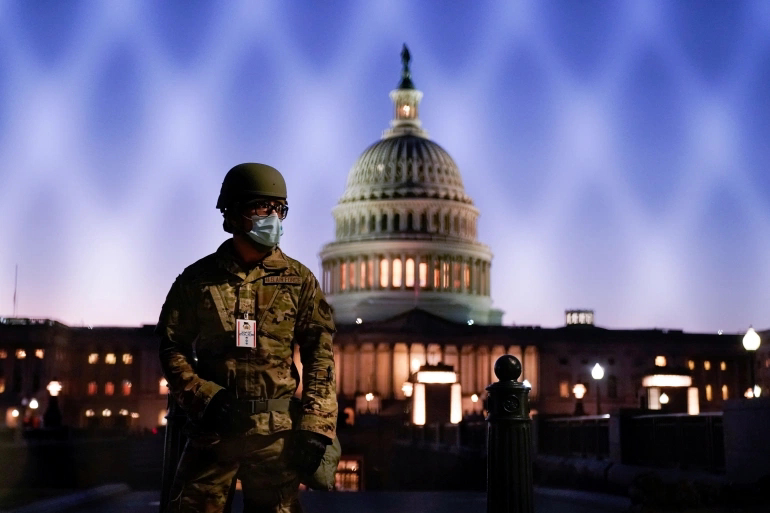 Members of the US House of Representatives have passed a resolution calling for the removal of outgoing US President Donald Trump under the 25th Amendment, following the chaos at the Capitol last week when the president’s supporters stormed their way into the building.

Members split overwhelmingly along party lines in the vote with just one Republican backing the resolution.

Under the 25th Amendment, Vice President Mike Pence and a majority of Trump’s Cabinet would need to declare Trump was unable to perform his duties.

Pence has already rejected the use of the 25th Amendment, making Trump’s impeachment more likely, according to analysts. A number of Republicans have now broken ranks to say they would back that move, including Liz Cheney, the third most senior Republican in the House.

 Members of the US House of Representatives, walking from the House floor during a debate on a resolution demanding Vice President Pence and the cabinet remove President Trump from office [Jonathan Ernst/Reuters]A vote in impeaching Trump is expected on Wednesday.

Five people died as a result of last week’s chaos, which followed a rally by the outgoing president at the White House. Trump, who has shown no remorse over the events and has claimed he’s the victim of a ‘witch hunt’, is accused of “incitement of insurrection” following the attack on the heart of the US government.

Addressing the House on Tuesday, Speaker Nancy Pelosi accused Trump of “fanning the flames” of violence.

“The president’s actions demonstrate his absolute inability to discharge the most basic functions and duties of his office,” she said. “The president must be removed from office immediately.