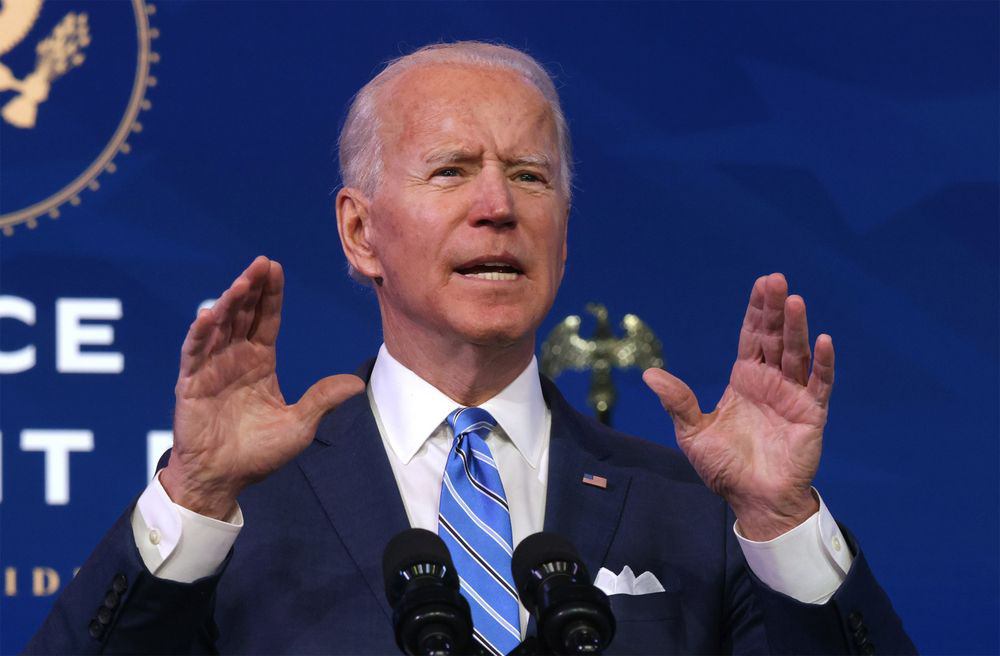 U.S. President-elect Joe Biden will issue a slew of executive orders in his first hours in office, in both substantive and symbolic measures to reverse policies instituted during the Trump administration, U.S. media outlets reported.

Rejoining the Paris climate accord, reversing the ban on immigration from several Muslim-majority countries, and issuing a mandate on wearing masks while engaging in inter-state travel are among the top priorities.

According to a memo from incoming chief of staff Ronald Klain cited by The New York Times, CNN and other outlets, Biden will also try to speed up the reunification of families, after children were separated from parents at the U.S. border with Mexico.

There are no surprises on the list, which reportedly contains dozens of orders.

Biden made the policies cornerstones of his presidential election campaign, seeking to reverse tougher immigration rules, a lax attitude on public health, and an aversion to international cooperation on climate change.

Biden has already made it known that he aims to push for another 1.9 trillion dollars in relief and stimulus to help the economy through the coming months of the pandemic.