VIDEO: Steve Rosenberg of the BBC Takes on Russian President Vladmir Putin At a Press Conference 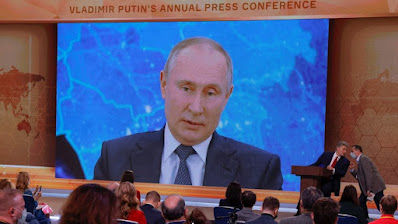