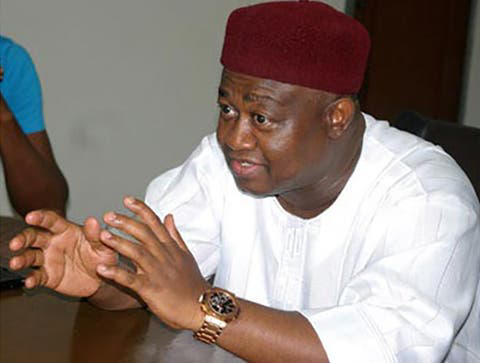 The President of the Senate, Ahmad Lawan, has condoled with the family and friends of Sam Nda -Isaiah and the Nigerian  newspaper  industry over the death of the Publisher of Leadership Newspaper.
In a statement signed by Ola Awoniyi, his Special Adviser(Media) Lawan also commiserated with the Newspaper Proprietors'Association of Nigeria, and the Government and people of Niger State over the loss.
Lawan described as shocking the death of the pharmacist-turned newspaper columnist, publisher and politician at the young age of 58 years.
"Sam Nda-Isaiah fervently believed in the Nigerian project and this is reflected in his writings and the editorial focus and tone of his Leadership Newspaper.
"His contributions as a public opinion  shaper and principled politician are profound  and have put his imprints on the Nigerian history despite his early home call," Lawan says.
The Senate President prayed for sweet repose of his soul and for comfort for his loved ones in this period of their grief and after.
News