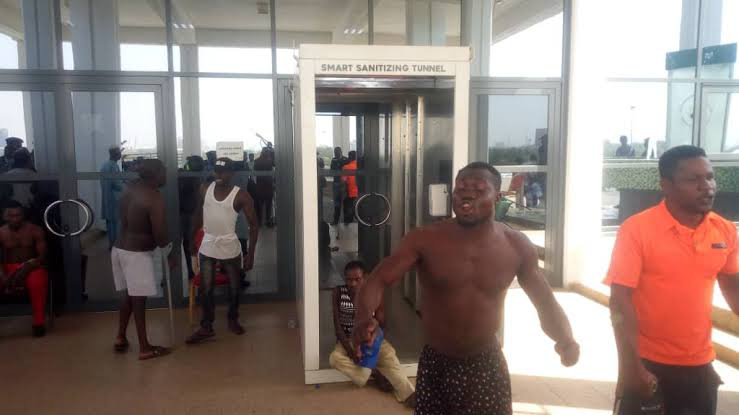 A group of physically challenged persons from the Niger Delta on Thursday stormed the premises of the National Assembly protesting against what they described as neglect by their representatives.

The aggrieved protesters who were scantily dressed forced themselves inside the complex despite resistance by security operatives at the National Assembly gate.

Deputy Whip of the senate, Aliyu Sabi, who led other lawmakers to meet with the protesters appealed for calm, assuring that their grievances will be addressed.

While asking the aggrieved protesters to delegate a five-man team to meet the National Assembly leaders, Sabi assured them that their demands will be accommodated in the 2021 budget.

The spokesperson of the group, Amos Etim, said they arrived at the National Assembly from the various states of Niger Delta to demand their rights from their representatives.

He claimed that they were being denied their rights despite being educated.