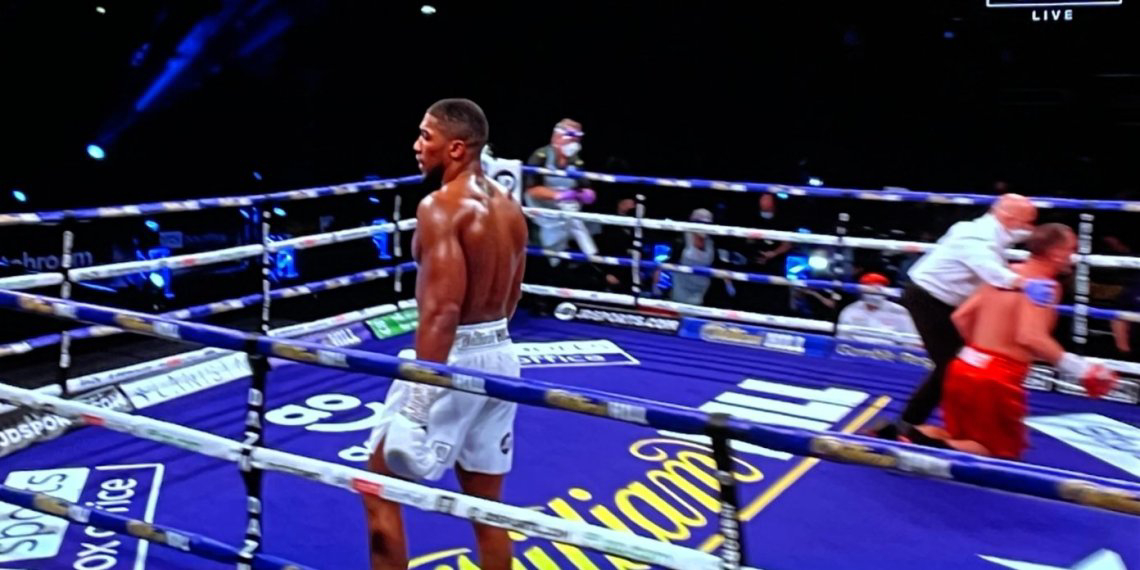 Anthony Joshua has successfully defened his WBA, IBF and WBO heavyweight world titles following his ninth round knock out victory over Kubrat Pulev on Saturday night in London.
Saturday’s contest between Joshua and Pulev began predictablely on a cagey note as both men appeared very cautious and exchanged jabs intermittently.

In round two, Joshua began to take the fight to Pulev and fired off a combination of hooks and uppercuts.

Pulev remained defensive as he absorbed a number of body jabs and tried to close the distance.

In the subsequent rounds Joshua still had the upper hand though Pulev also provided some flashes of brilliance.

Three consecutive uppercuts from Joshua hurt Pulev in the seventh round but still the tough Bulgarian would not cede ground.

Joshua found another knockdown in round nine and then ended the fight with a brutal right which put Pulev down for the count.

Undefeated WBC champion Tyson Fury holds the only major belt outside of Joshua’s grip and a meeting between them would be a delight to watch.

Joshua’s knockout win was watched by a crowd of 1,000 people plus boxing great Floyd Mayweather.