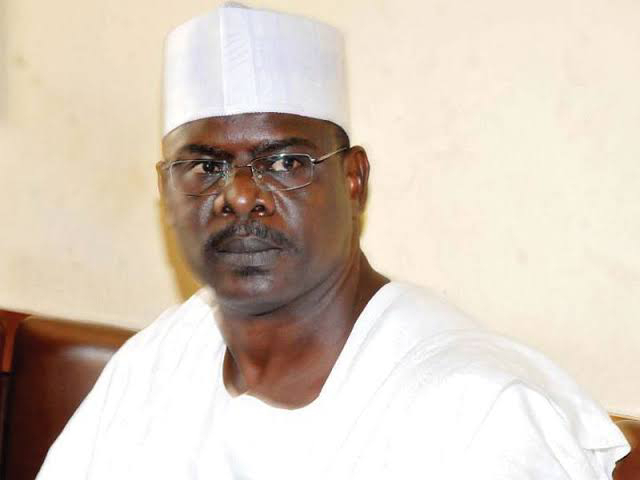 A coalition of civil society groups in Nigeria, have kicked against Monday’s order given by a Federal High Court judge, Okon Abang, that a former Senate Leader, Mohammed Ali Ndume be remanded in Kuje Correctional Centre, following his inability to produce a former Pension management boss, Abdulrasheed Maina.
Ndume who represents Borno South in the 9th Senate, stood in for Maina as surety earlier in the year. However, Maina after his release from detention, flouted his bail conditions and has not been seen since then.
Ndume, who represents Maina, was subsequently asked to produce the fugitive or be remanded in prison custody.
Speaking on behalf of the coalition, Mohammed Saidu, said the judge, Abang had included as part of bail conditions, a serving senator standing as surety before Maina could be released.
Saidu wondered why the judge would order that Ndume be remanded when he willfully insisted that a serving senator be part of the sureties.
He said Ndume as the senator representing Maina, had no choice, but to stand in for him since it was one of the key requirements included by Abang.
He called for the unconditional release of Ndume, while security agents go after Maina who has already been declared wanted.
Saidu said: “The order by the judge came to many Nigerians as a shock. Ndume is a ranking senator who did something noble by standing in as surety to his constituent who was critically ill in prison.
“But we are wondering why Ndume’s case is different. Senator Enyinnaya Abaribe stood as surety to Nnamdi Kanu. Kanu whose group was proscribed, left the country and has not returned since then. Yet, Abaribe who stood as surety wasn’t sent to prison.
“Why single out Ndume if this is not a calculated attempt to give a dog a bad name in order to kill it? We are calling for the immediate release of Ndume without further delay.
“The judge should rather tell security agencies to go after Maina and fish him out. What this has done is to scare Nigerians from standing as sureties going forward.”
News