Former Nigerian President, Olusegun Obasanjo, on Saturday, congratulated Democrat Joe Biden and his running mate, Kamala Harris over their ‘victory’ in the US election.
Obasanjo, in a congratulatory letter made available to the.media by his Special Assistant on Media, Kehinde Akinyemi, described the ‘feat’ achieved by the two Democrats as “victory of good over evil”.
The former Nigerian leader wrote, “It is victory of good over evil and it is not victory for you and the people of America alone, but victory for most people of the world, majority of whom watch helplessly as the world that had been steadily and painstakingly built since the end of the Second World War was being pulled down.
“Not that the world was perfect and equitable but it was reasonably predictable with some measure of rule of law and respect for international agreements and treaties.
“President-Elect Joe Biden must restore confidence in the role of America as the largest economy in the world which has a very significant responsibility for the peace, security, stability and progress of the world.
“I felicitate with Vice President-Elect Kamala Harris as the first female Vice -President of the U.S. We in Africa are proud of her success.” 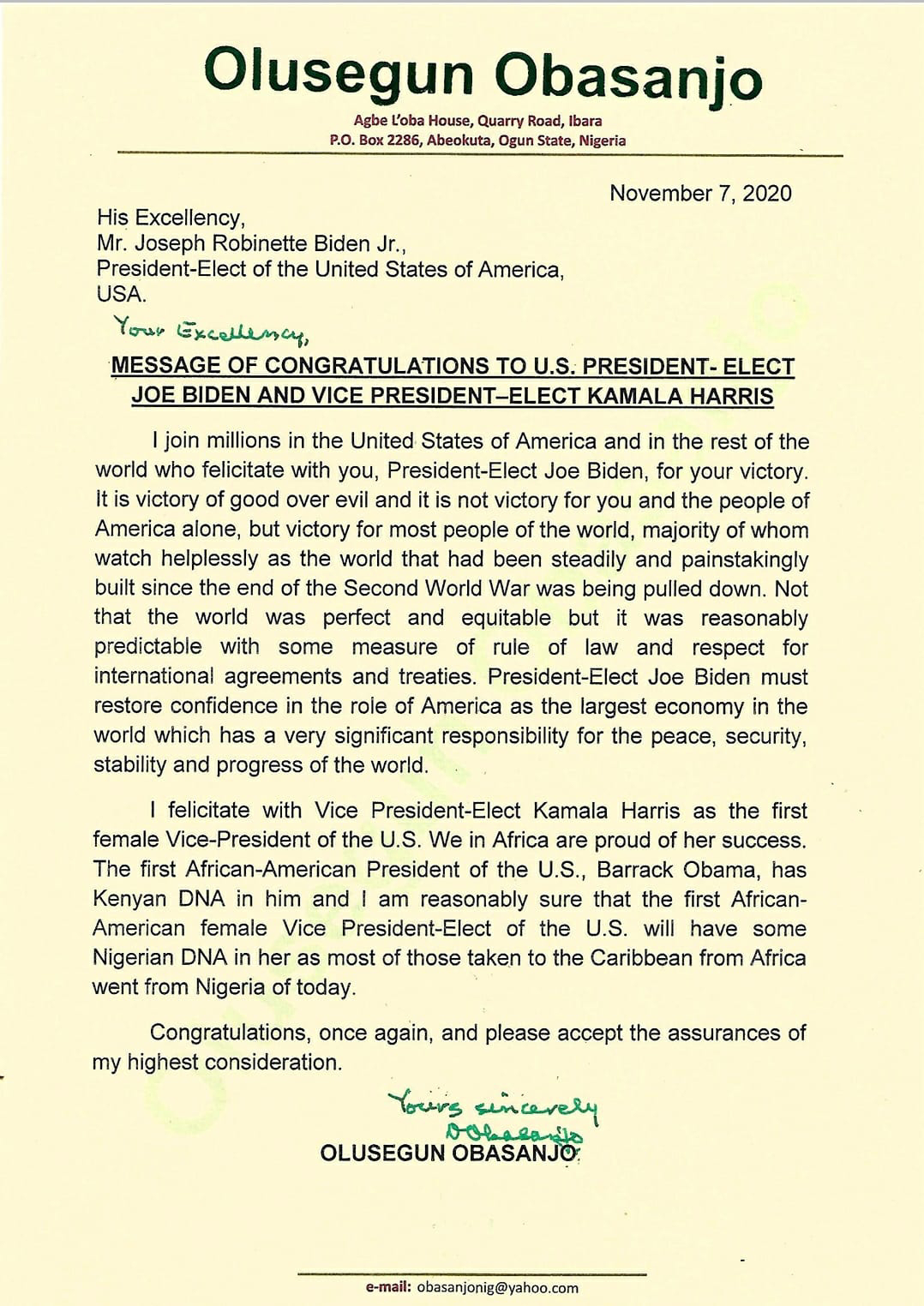