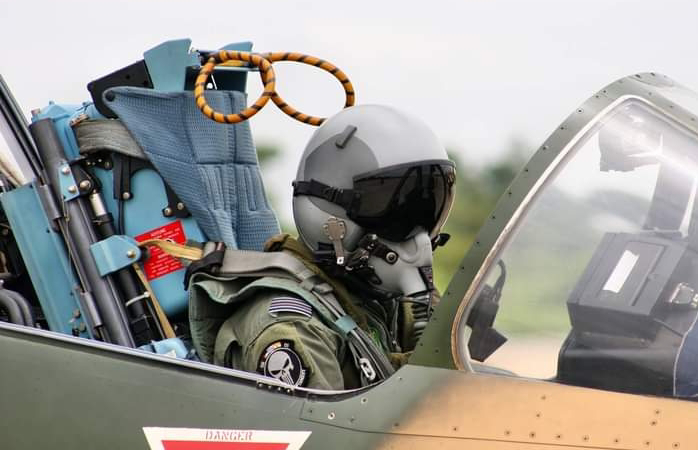 Strong indications emerged in Abuja Tuesday that the Boko Haram terrorists, Armed bandits and other criminally minded elements in the country, may be in for tougher times in terms of air assaults from operatives of the Nigeria Air Force (NAF), as it awaits receipt of six out of 12  A - 29 Super Tucanos sold to Nigeria by United States of America in 2017.
Making the disclosure to journalists after defending the  2021 budget estimates of NAF before the Senate Committee on Airforce, the Chief of Air Staff, Air Marshal Sadique Abubakar said six out of the 12 Super Tucanos sold to Nigeria in 2017 by the United States (USA), will soon be delivered for combat actions and air assaults against criminal elements in the country.
He said trained air fighters from the Nigeria Airforce, are already in the United States, receiving additional training on usage and applications of the fighter jets when eventually added to the fleet of combat aircrafts.
Aside the Tucano Aircrafts, the Air Chief added that the Airforce is expecting delivery of 19 additional aircrafts in the fight against insecurity in the North East.
He said the Airforce had carried out operation for over 60,000 hours with half of those in the North East to fight insurgency.
"We are expecting 3 J-17 fighters from Pakistan,  12 super Tucano from  United States, one M-171 etc.
"Out of the 12  A - 29 Super Tucanos from US, six are almost here as those to handle them, have been sent on training for that purpose.
"A total of 200  personnel are  receiving trainings  in nine different countries of the world on handling of combat aircrafts", he said.
These  pilots he added,  would soon join their colleagues in the fight against insecurity and in particular, insurgency in the North East.
At the budget defence session, a member of the committee, Senator Sani Musa (APC Niger East), said the Federal Government must rededicate resources and deploy technology to fight insurgency, complaining that N1 billion was meagre for serious training, research and development.
The chairman of the committee, Senator Bala Ibn N'Allah (APC Kebbi South), said the panel would be willing to visit the North East for on-the-spot assessment of the region.
He commended the NAF for efforts to rid the North East of insurgency.
"The committee is willing and ready for two on-the-spot visits to the theatre (of terrorism) maybe Maiduguri and elsewhere, so that we can register formally our appreciation to the efforts of the Air Force to the challenges of insecurity.
"By this we will be able to demonstrate that there are different ways to give our lives as far as protecting the territorial integrity of the country is concerned.
"There is no greater service one can render to one's country than sacrificing one's life for the peace and order, as well as protection of the territorial integrity of the country. We deeply appreciate the efforts of the Nigerian Air force,'' he said.
News