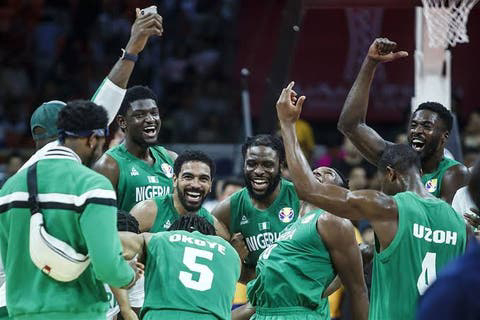 D’Tigers continued their good form and confirmed their better rating against host, Rwanda, on Saturday evening with a resounding 83-62 win.

This came after their first win against South Sudan last Thursday and thus they have confirmed qualification from Group D for the 2021 FIBA AfroBasket tournament because they cannot finish below Rwanda.

Just like the game against South Sudan, Nigeria lost only the third quarter. The first quarter ended 22-13; the second quarter ended 25-15; the third 19-24, but they sealed the victory with a fourth quarter win of 17-10.

Team captain, Ike Diogu, led the team in scoring with 18 points, followed by Ike Iroegbu, who poured in 17 points. Caleb Agada had the most rebounds with four but their three-point percentage dropped from 40% to 30%. Nigeria will finish their qualifying campaign against Mali on Sunday.

With Rwanda already qualified as host for next year’s tournament, the FIBA official website explained: “In case, Rwanda is ranked first, second or third in this group, then the three highest-placed teams will make it to the final tournament from Group D.

“This also means that the best fourth-placed team in all the five groups, based on the classification rules of the Official Basketball Rules, shall obtain the last spot for the FIBA AfroBasket 2021, making a total of 16 teams.”