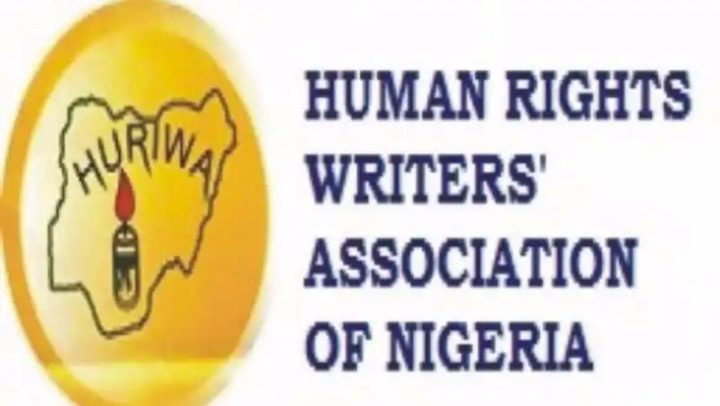 Prominent non-governmental organization – HUMAN RIGHTS WRITERS ASSOCIATION OF NIGERIA (HURIWA) has frowned at the refusal of many police operatives to resume their duties soon after the violence that characterized the hijack of the peaceful #ENDSARS Nationwide protests by armed hoodlums.
The group in a statement signed by its national coordinator, Emmanuel Onwubiko, expressed strong apprehension that begging run-away police operatives to resume is dangerous for the security of the citizens since they may turn out being vindictive and revengeful for the violence unleashed on the police by some hired armed thugs who it said were procured by central government officials so as to destroy the peaceful protests against police excessive deployment of force and the deployment of extrajudicial killings of civilians as policing tactics.
Also, the Rights group expressed shock that the Inspector General of Police Mohammed Adamu has been travelling all across the Police formations to beg absentee Police Operatives to resume their duties and even encouraging them to use their weapons in a manner that suggest that the people are their enemies.  "We deplore this primitive communication skills of the Inspector General of Police Mohammed Adamu which appears to be conveying an unlawful order for his operatives who have so far refused to return to work to do so and be ready to use their weapons for so called self defence as if to say the people of Nigeria are the enemies of the police".
HURIWA therefore says the inability of the Inspector General of Police Mohammed Adamu to restore order and professional discipline by upholding the extant laws regarding absence without leave for the Operatives, is deliberate to undermine, sabotage and wilfully flout the Nigeria Police Force (establishment) Act of 2020.
Besides, the rights group condemned what it described as the near-moribund Police Service Commission (PSC) for failing to dismiss Police Operatives who have still failed to return to work as a result of the unwarranted and despicable violence unleashed by armed hoodlum on Police formations and Operatives.
News