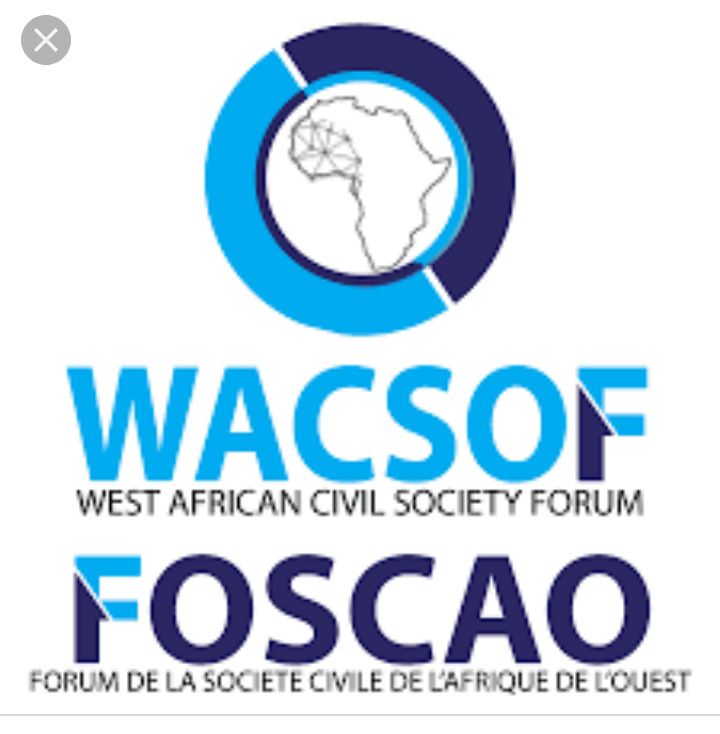 The West African Civil Society Forum WACSOF says it has observed with great dismay the use of lethal force by law enforcement agents on #ENDSARS peaceful protesters in Lagos, Nigeria, on 20" of October 2020.

WACSOF which is a coalition of Civil Society groups in West Africa said in a statement that the Nigerian constitution has embedded in it the principles that guarantee the fundamental human rights of all its atizens to life, adding that this  has been obviously violated.

WACSOF said it strongly condemned the brutal, despicable killing of young and peaceful #EndSARS protesters by armed security officals at the Lekki Toll Plaza in Lagos.

The forum said it is concerned that many armed thugs have been mobilised to disturb and attack peaceful protesters without the Police or secunty officials intervening to protect the citizens.

WACSOF thereby called on the Nigerian government to: a. Uphold the right of citizens as it is their constitutional right to protest peacefully. b. Respect the ECOWAS protocol on Democracy and Good Governance which stipulates that “The use of arms to disperse non-violent meetings or demonstrations shall be forbidden.” ¢. To thoroughly investigate, determine responsibility and bring to justice those responsible for the loss of lives at the protest grounds d. To positively dialogue with the youths and provide lasting and satisfying solutions, e. To involve Civil Society organisations to help mediate in the crisis. f. To protect the citizens and cease any form of harassment or abuse on them.

WACSOF is also calling on the ECOWAS to swiftly intervene in the current situation in Nigena while also condemning any form of Police brutality and calls on ECOWAS countries and relevanta uthorities to address the unending menace.