Senate Rules out Hope for Stable Power Supply in Nigeria

October 26, 2020
***As Minister Confesses none take off of $5.8billion  Mambilla Power Project 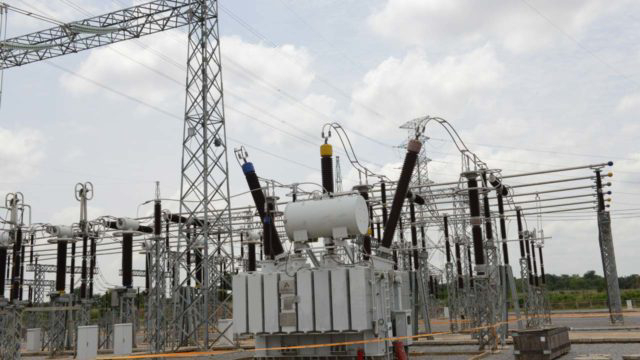 The Senate Monday forclosed hope of stable power supply in the country, going by what it described as the gross underfunding of the sector and apparent unseriousness being displayed  by the Federal government in getting it fixed.
This is as the Minister of Power, Engineer Mamman Saleh owned up to members of the Senate Committee on Power, that the much trumpeted $5.8billion Mambilla Power Project is yet to take off.
The Committee was also jolted by the submission of the Managing Director of Transmission Company of Nigeria (TCN), Engineer Sule Ahmed Abdulaziz that out of N165billion required for capital project in 2020, N4billlion envelope was given, out of which only N3billion was cash backed.
These lamentations dominated  the budget defence session the Minister and the TCN  MD, had with the Senate Committee on Power.
Taking up the Minister on the Mambilla Power Project, the Chairman of the Committee, Senator Gabriel Suswam (PDP Benue North East), and other members like Senators Shaibu Lau (PDP Taraba North), Danjuma Goje (APC Gombe Central) James Manager (PDP Delta South) etc, wondered why no dime was allocated for the project in the 2021 budget.
Specifically, Senator Lau who hails from Taraba State told the Committee members that despite promises upon promises made on the project by the Federal government on yearly basis, there is no access road to the project site, and no indication of site clearance talkless of possible ground breaking..
"Nothing in the proposed 2021 budget that concerns Mambilla, showing that there is no commitment from government.
"The truth about the project going by glaring realities on ground over the last ten years, is that Mambilla will not see the light of the day", he said.
The Minister in his response, admitted that the project is yet to take off but that he was still trying to convince Mr President on it.
Accordimg to him, special fund of $200million targeted for the project is still in the office of the Chief of Staff while the N850million expected from Nigeria as 15% of the contract sum is yet to be paid.
The 85%;  balance of the contract sum, he added, is to be financed by the Chinese EXIM Bank.
The yet to commence project he explained further is a 3,050 Hydroelectric power project which after completion will be the largest power generating installation in the country.
Irked by his submission, the Chairman of the Committee and other members said solution must be found to the Mambilla issue as part of solutions to epileptic power supply in the country.
Senator James Manager in particular said, going by the submission of the Minister, there is no seriousness from government on the project which accordimg to him, is getting Nigerians frustrated.
Danjuma Goje in his own comments said "the hope of getting stable power supply in Nigeria in the nearest future is dashed going by gross underfunding of the sector and lack of required seriousness on those managing the sector to get it fixed up."
However the TCN MD in his submissions before the Committee said the transmission capacity of the country, has increased from 5,000megawatts to 8,000megawatts.
"Inadequate funding by government on yearly basis, remains the major problem of the TCN and by extension, the power sector.
"In 2020 fiscal year, our projected money for capital expenditure was N165billion but only given N4billion budgetary envelope out of which N3billion was cash backe'', he said.
News