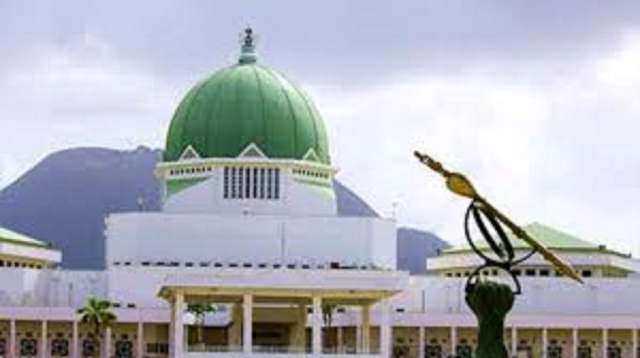 The Senate Tuesday, passed for second reading, the Petroleum Industry Bill 2020 after exhaustive debates by Senators across party divides.
The upper legislative Chamber consequently mandated its committees on Petroleum Downstream, Petroleum Upstream and Gas, to make required legislative inputs into the bill within a time frame of eight weeks.
It also adjourned plenary for five weeks  after passage of the PIB for consideration of the N13.08trillion 2021 budget at committee levels.
In his lead debate on the PIB, the Senate Leader, Senator Yahaya Abdullahi (APC Kebbi North), said the objectives of the bill are ÷
"(a) To create efficient and effective governing institutions, with clear and separate roles and to establish a framework for the creation of a commercially oriented and profit-driven national petroleum company;
(b) To promote the exploration and exploitation of petroleum resources in Nigeria for the benefit of the Nigerian people and the efficient, effective and sustainable development of the petroleum industry;
(c) To promote the safe and efficient operation of the transportation and distribution infrastructure for the petroleum industry and the framework for developing third party access arrangements to petroleum infrastructure;
(d) To promote the competitive and liberalized downstream petroleum industry that promotes the processing of petroleum within Nigeria and the development of fuel and chemical industry;
(e) To create a conducive business environment for operations in the petroleum industry that enhances peaceful and harmonious co-existence between licensees or lessees and host communities by conferring direct social and economic benefits from petroleum operations on host communities;
(f) To ensure that petroleum operations are conducted in a manner that protects the health and safety of persons, property and the environment; and
(g) To establish a fiscal framework that is forward-looking, progressive and based on a simplified tax administration that encourages investment in the Nigerian petroleum industry, balancing rewards with risk and enhancing revenues to the Federal Government of Nigeria while ensuring a fair return to investors".
Accordimg to him, "the  bill is designed and drafted-on the basis of three sets of principles which include establishment of  good governance, competitiveness, global best practices and ease of doing business in the Nigeria oil and gas industry.
"Ensure early revenues for Government, simplicity of administration, equity and fairness, competitiveness and transparency.
"Pedictability, responsiveness, best practice, sustainability and role clarity in the regulation and management of the industry"
The Bill as explained by the Leader, proposes to transmute the current commercial entity, the Nigeria National Petroleum Corporation (NNPC) into an incorporated commercial company, the Nigeria National Petroleum Company Limited.
"It also will transform the current Department of Petroleum Resources (DPR), the Petroleum Equalization Fund Management Board (PEF(M)B) and the Petroleum Products Price Regulatory Agency into two new institutions, that is, the Commission and Authority.
"These new entities shall be self-funding and will not rely on appropriation. Therefore, no funding will be appropriated by the National Assembly for these entities under the Petroleum Industry Bill 2020", he said.
He further stated that the bill is divided into 5 chapters each of which is further divided into different parts cutting across  governance, institutions and  administration of upstream, midstream and downstream services.
Chapter 3 of the bill the Leader added,  deals with host communities development while Chapter 4 provides for Petroleum Industry Fiscal Framework just as the last chapter (5) , , covers Miscellaneous Provisions.
Virtually all the Senators who contributed to debate on the bill, said the proposed legislation was long overdue in getting the oil and gas sectors in the country, investments friendly and invariably boosting the Nation's economy.
In his remarks after the passage of the bill for second reading, the President of the Senate, Ahmad Lawan, called on the three committees mandated to make more legislative inputs to be thorough in their work.
News