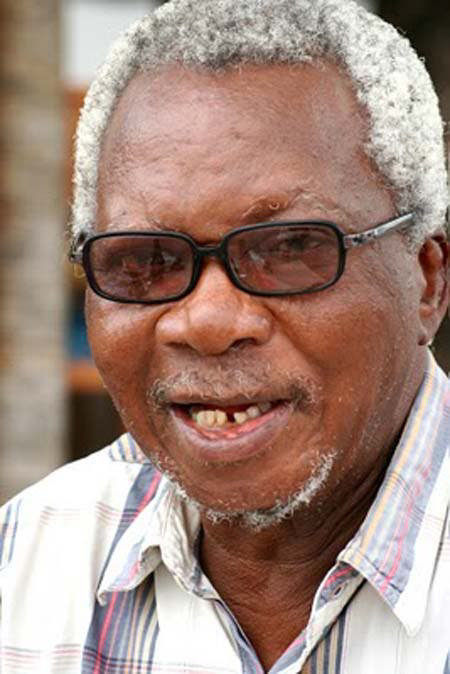 Renown poet and Emeritus Professor of Literature, Professor John Pepper Clark-Bekederemo made his mark and left this plane of existence as a colossus, Deputy President of the Senate, Senator Ovie Omo-Agege has said.
In a statement signed by his Special Adviser, Media and Publicity, Yomi Odunuga, the Deputy President of the Senate recalled Prof. Clark's remarkable intellectual contributions, describing his death at 85 early on Tuesday morning as the end point of an impactful life.
Senator Omo-Agege expressed appreciation to God for granting the late intellectual a peaceful exit, surrounded by his family.

“Born in Kiagbodo, Delta state to an Ijaw father and Urhobo mother, the Emeritus Professor rose to become one of the most brilliant stars in Africa's firmament, passing through the University of Ibadan and University of Lagos with such intellectual productivity that made him an African giant.

“His marriage to Professor Ebun from the great Odutola family in the old Western Region was a courageous challenge to old ways and people like him broke the barriers against inter-tribal matrimonial union.

“Through poetry, Professor Clark-Bekederemo captured pertinent contemporary socio-political issues as shown in his 1985 collection of poems titled, “State of the Union” - a collection of select poems in his 2002 anthology published by Longman Nigeria Plc under the title, “The Poems (1958-1998).

“As we all mourn the transition of this great African to eternal life, our heartfelt condolences go to his dear family and our dear Papa, Chief Edwin Clark but forever, the world shall recall the intellectual stature and contributions of Professor Emeritus John Pepper Clark-Bekederemo,” he stated.
News