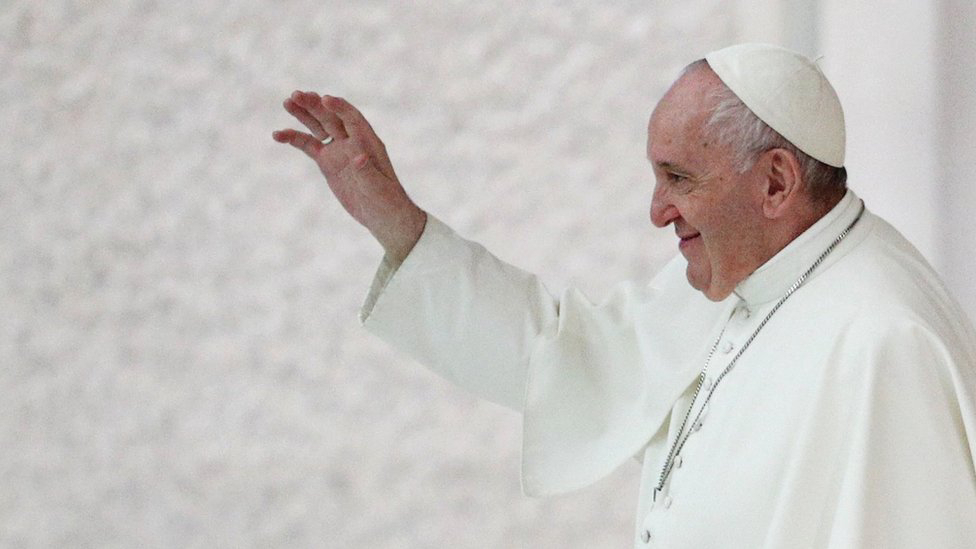 Pope Francis has said that he thinks same-sex couples should be allowed to have "civil unions".
He made the comments, which observers say are his clearest remarks yet on gay relationships, in a documentary directed by Evgeny Afineevsky.
"Homosexual people have a right to be in a family," he said in the film, which premiered on Wednesday.
"They are children of God and have a right to a family. Nobody should be thrown out or made miserable over it.
"What we have to create is a civil union law. That way they are legally covered."
He added that he "stood up for that", apparently referring to his time as Archbishop of Buenos Aires when, although opposing same-sex marriages in law, he supported some legal protections for same-sex couples.
BBC
News