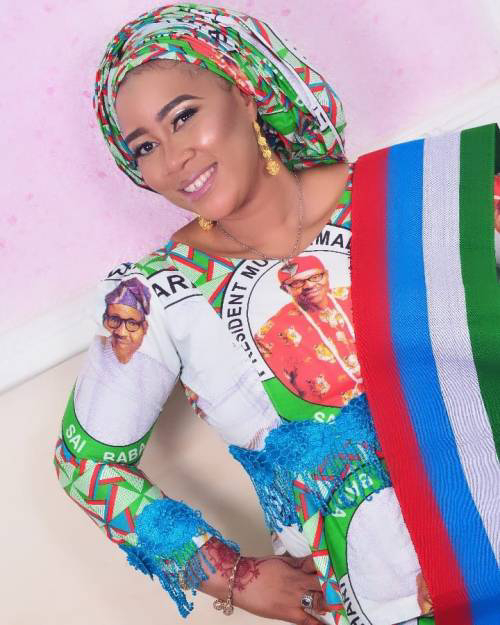 Abdullahi, who is a member of the Buhari Support Group, and Buhari Media Centre, in an Instagram post described Yesufu as a Jew in Islamic shirt.

Since the start of #EndSARS protest, Kannywood stars have been taking to social media to discredit the movement, calling those, who joined the agitation as bad muslims that must be dealt with.

A picture taken of Yesufu during the protest in Abuja where she raised a clenched fist, became a morale booster and symbol for Nigerians calling for the scrapping of the Special Anti-Robbery Squad, a notorious police unit known for brutality against citizens. 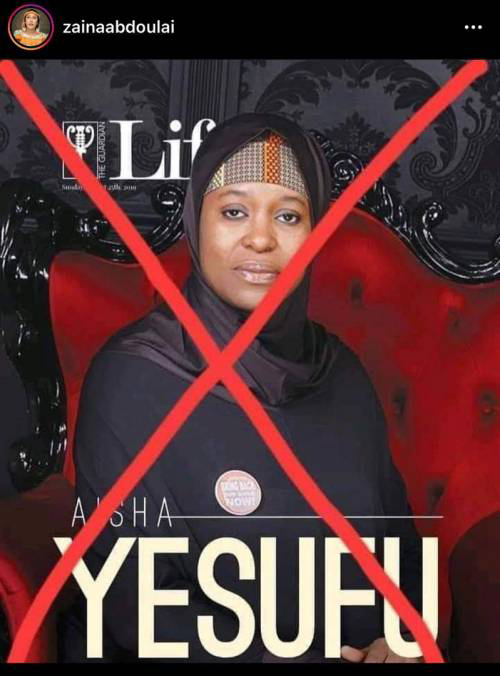 While discrediting Aisha Yesufu, Abdullahi said, “Aisha is a Jew in Islamic shirt. it is not crime Luwadi and Madigo and same sex marriage, gay people have the chance to be given freedom between good. Good Muslims should be found with sense and wise thoughts.

“Muslims should know that she’s getting a chance to give the right to gay and Madigo together with sex marriage, this is one of the reasons why the Jewish are better than trying to uplift your honour and look at the kind of humiliation she did to the Northerner and religious teachers in a video message that came out yesterday to seek for the Northerners. Hear what she said about President Buhari who was born to be a grandson, she is not ashamed, she is a Jew in Islamic shirt. She is talking no shame. Stop seeing her as a hero, she is with a hidden purpose for Muslim religion and our peace.”

Yesufu, who was a prominent member of the Bring Back Our Girls movement, a group clamouring for the return of abducted school girls from Chibok community in Borno State in 2014, is not new to threats of all kinds as a result of her activism.