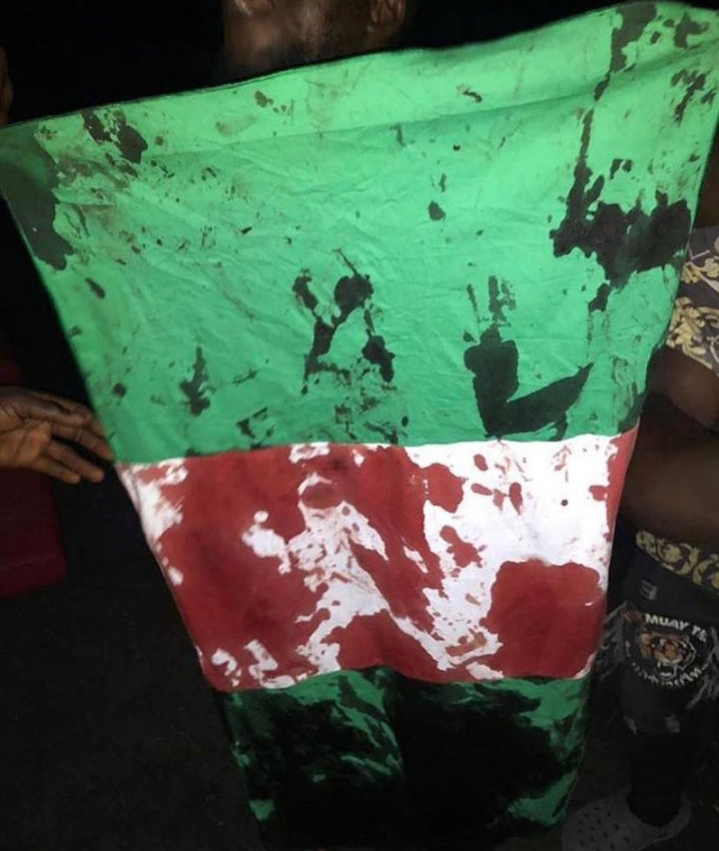 The Movement for a Socialist Alternative, MSA, has condemned in the strongest terms the bloody repression of #EndSARS peaceful protesters at the Lekki Toll Gate.
The Lekki Toll Gate and Alausa Secretariat have been the two major centres of mass mobilisation in  Lagos State  against the rogue Special Anti-Robbery Squad (SARS) and  police brutality for the past two weeks. For two weeks running, these protests had been organised in a peaceful and orderly manner.
A statement signed by Dagga Tolar, spokesperson for MSA said the agitations and protests took a new turn when the President Muhammadu Buhari led regime and supporters began to mobilise and finance hoodlums to attack protesters in Abuja and Alausa area of Lagos.
According to the statement: ''It was clear that it was a matter of time before the regime plays its trump card of a full declaration of war on the #EndSARS protesters across the country.
''The Buhari-led regime has demonstrated to all that  it is brutal as other regimes of the capitalist ruling elites in repressing peaceful protesters , despite posturing as a regime of change.
''This is evidence by deploying the military with armoured tanks and machine guns to be freely used in the cover of the night against peaceful protesters, killing and fatally injuring many at the Lekki Tollgate, shooting and mauling down peaceful protesters, showcasing its hatred for civility, and disrespect for democratic rights.
''The fact is that the #EndSARS protest against the Police and its gross act of brutality against the working masses and innocent citizens of the country is fed by the nature and character of the Nigerian ruling elites and their accept or die capitalist system of appropriating the resources of society for themselves alone.
''This is what has been made clear by the killings that has taken place at the Lekki Toll Gate.
''We in the MSA condemns it in all ramification and state that the Buhari regime must be held accountable for every loss of life. We equally hold the Governor of Lagos State, Mr. Babajide Sanwo-olu equally responsible for the killings. The  imposition of a 24 hours curfew by the Sanwo-Olu led Lagos state government, using the act of a few to condemn and equate as same with the peaceful protesters, was only an earlier scene of the same script to shooting down peaceful protesters.
''Part of this coordinated conspiracy and murderous massacre was also the shut down and removal of the Closed Circuit Television (CCTV) at the Lekki Toll Gates and the street lights put off before troops, were moved in to maul down the protesters.
''We are not unaware that this use of maximum lethal force of the state by the Buhari regime has the covert support of Bola Ahmed Tinubu, former Governor of Lagos State, who is also the godfather of the current Governor of Lagos State, Mr. Babajide  Sanwo-Olu and a major beneficiary of the Lekki Toll Gates. The massacre is a grand conspiracy between the Buhari and Tinubu wings of the ruling class that is ruining their political and economic fortunes.
''For us in the MSA, the regime is in a desperate strait and responded to hold in check the developing and qualitative growth of the #EndSARS protest that has grown from a mere youth protest against police brutality, to assuming a General Strike character, with workplaces closed down, and street barricades dotting the country's landscape, with the slogans calling for an End to the Regime now directly targeted at the regime, with its ineptitude glaring for all to see.
''There can be no better time for the mass of the organized working class to bring their might to bear than now with all of its strength with a 48 hours General strike in full support and condemnation of the killing of innocent citizens. The leadership of the trade unions, if it again chicken out of this historic necessity to take this step, will further be exposing itself, and bringing to light for workers to commence a campaign against it, for a new leadership that would put its interest first and foremost as opposed to defending the Buhari regime that has repeatedly demonstrated that its interest is not the wellbeing of the working masses.''
News