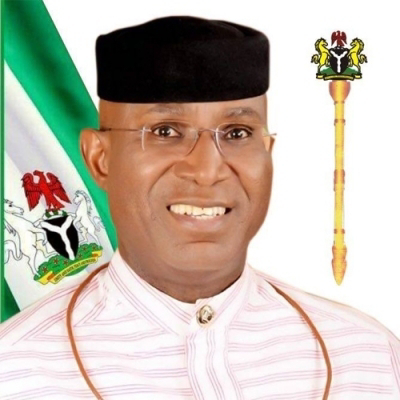 The Deputy President of the Senate, Senator Ovie Omo-Agege has strongly condemned the reported killing of a policeman in Ughelli, Delta State.

Etaga Stanley, a police corporal who is believed to be an indigene of Ughelli South and constituent of the Deputy President of the Senate, reportedly lost his life on Thursday during #EndSARS protests in Ughelli Town in circumstances that appear quite avoidable and cannot be encouraged by peace-loving people.

It was also reported that another police officer, Sergeant Patrick Okuone, sustained injuries during the incident.

Describing the incident as serious and unfortunate, the Deputy President of the Senate through his media aide, Yomi Odunuga noted that he supports full professional and thorough investigation of the matter by the Police.

While calling on the police to exercise restraint and follow due process in fishing out the alleged killers, he condoled with the family of the deceased, the entire police and his Delta Central Senatorial District for the sad loss.

He said: "I humbly call on our highly regarded traditional rulers to continue to urge our people to maintain the peace that we are known for in their various kingdoms and domains. Our Royal Fathers are a great force for peace at moments like this and we trust that they would help to ensure that those who wish to tear our communities apart do not succeed.

“We also call on our religious leaders to pray for our land. God will not allow the evil of bloodshed to reign in our land. Violence is never an option.

"No meaningful development can take place in an atmosphere devoid of peace. Let us embrace all peace initiatives by all stakeholders as Delta State is not known for violence and jungle justice.

"In dealing with this very serious and unfortunate matter and bringing those responsible to book, I have assurances of the Delta State Police Command that due process as dictated by the law would be strictly followed and there will not be indiscriminate arrest of innocent citizens as they go about their lawful businesses".
News