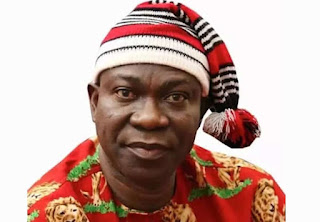 Former Deputy President of the Senate, Senator Ike Ekweremadu, has stressed the need to deepen the nation’s democracy through quality elections in order to deliver better leadership that would salvage the nation from her present woes and launch her on the path of growth and prosperity.

Ekweremadu, who commended the Independent National Electoral Commission, INEC, on the improvements recorded in the Edo State governorship election and also for the recent test-run of the electronic voting at its headquarters, however said that contrary to popular assumptions, the electoral laws as amended, empowered INEC to conduct electronic voting.

The lawmaker, who represents Enugu West Senatorial District, stated these in his 60th Independence Anniversary message in Abuja, which was made available to newsmen by his media adviser, Uche Anichukwu.

“As the nation hits the diamond age, it is very obvious that we have not lived up to our potentials as well as the promise we held for the world at independence 60 years ago. Obviously, we have ourselves, particularly poor leadership to blame, since Nigeria is one of the most endowed nations on earth.

“Going forward, therefore, we must work harder and sincerely at enthroning quality leadership; and this can only come through free, fair, and credible elections. Therefore, while I commend INEC for the noticeable improvements observed in the Edo State governorship election and also for conducting a test-run of electronic voting a few days back at its headquarters, I call on the election management body, to commence the conduct electronic voting.

“Contrary to the widely held views, the hitherto prohibiting provision in Section 52 of the Electoral Act was already amended years back, thus permitting INEC to conduct electronic voting even as we take steps to further amend the laws to fine-tune the process”, he said.